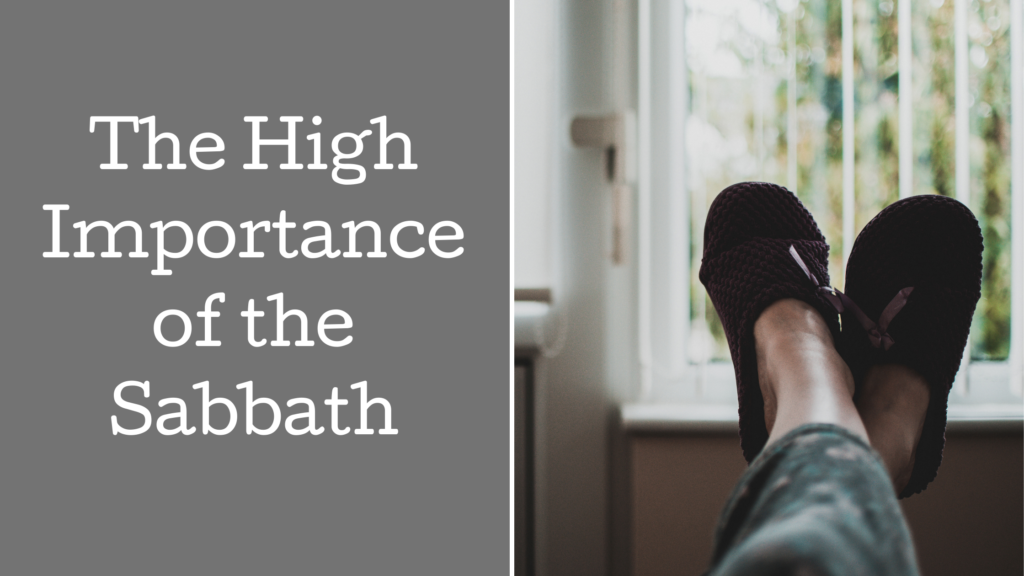 The High Importance of the Sabbath

Our bodies and minds are tired and many of us are ready for a vacation. Even if you’ve been off work for a while, the stress of the unknowns have left many fatigued. It’s a good reminder that rest is so important. Our holistic selves are not meant to go full throttle all the time. It is healthy to take time out to refresh yourself. The Lord actually commanded it.

The Sabbath day is something that has gotten lost over the centuries as we move further away from the physical life of Christ. It isn’t to be as strictly regarded as it was in the Old Testament though. If someone didn’t follow it back then, they were actually supposed to be put to death. That sounds extreme right? But as I pondered that, God had His reasons for it.

He knew that people love their independence and to do what they want. If one person started working on a Sunday thinking he would make more money that way then more people would follow. It’s a natural thing. Then eventually it would infiltrate the culture and the beautiful gift of the Sabbath would be lost. So, the Lord put a strict boundary around the day to show how much it meant to Him that they listen to this command.

When Jesus said a word twice it had high importance to it. It meant to listen extra carefully. As I came to the end of the instructions for the tabernacle, the Lord shared with Moses the importance of following the Sabbath. I felt like I had read about it before. I thought it was odd that He would state it twice. I went back to the beginning of the section on the tabernacle and realized that the Lord spoke about the Sabbath and all the holidays the people were to follow before giving Moses the other details. Hmm, the Sabbath was specifically mentioned twice in the Lord’s time with Moses; once at the beginning and once at the end. My ears and mind perked up. This had a lot of value to the Lord, but why?

The first time it is mentioned in this section of Scripture is in Exodus 23:12,

“Do your work for six days but rest on the seventh day so that your ox and your donkey may rest, and the son of your female slave as well as the foreign resident may be refreshed.”

This verse shows that the Sabbath wasn’t just for the upper class or the masters. It was for the slaves, animals, and immigrants as well. Every single human and animal were granted the gift of rest one day a week. They worked hard for six and rested for one. The only people that worked on that day were the Levitical priests because they had to teach and offer the sacrifices.

“The Lord said to Moses,“Tell the Israelites: You must observe my Sabbaths, for it is a sign between me and you throughout your generations, so that you will know that I am the Lord who consecrates you. Observe the Sabbath, for it is holy to you. Whoever profanes it must be put to death. If anyone does work on it, that person must be cut off from his people. Work may be done for six days, but on the seventh day there must be a Sabbath of complete rest, holy to the Lord. Anyone who does work on the Sabbath day must be put to death. The Israelites must observe the Sabbath, celebrating it throughout their generations as a permanent covenant. It is a sign forever between me and the Israelites, for in six days the Lord made the heavens and the earth, but on the seventh day he rested and was refreshed.” – Exodus 31:12-17

The Lord went into more detail at the end of the instructions for the tabernacle so that it would remain the freshest thing on Moses’ mind. He had told Moses everything he needed to know – which materials to use, where to place things, and who to assign the work to. Now, this last passage was the final word of instruction to honour and fulfill.

There are a few key things in this to notice:

We all love and know that feeling of refreshment. We’ve been built up again from a tiring week. We start to feel invigorated with ideas and energy. We want to go out and have some fun. We’ve had great connection with family and friends. It gets us ready to want to work and get back into routine.

The Sabbath was never meant to be a burden. It has always been a gift from God to man. “The Sabbath was made for man and not man for the Sabbath.” – Mark 2:27. It isn’t supposed to be for us serving a rule. It is a rule to help us stay strong and connected to the Lord.

The Sabbath is written about throughout the whole Bible. It’s in the Old and New Testaments. It is meant for us as much as it was meant for the Israelites. It’s something that sets us apart from the rest of the world.

I heard Dave Ramsey share a story one time about this. He said that Chick Fil-A, one of the largest fast-food chains in America actually makes more than most if not all the others. The ironic thing is that they are closed on Sundays, and everyone else is open. That story rang in my heart. Sometimes we feel like we can gain more if we have that extra day to work, but think about it. All of our money comes from the Lord. He is the One that provides the jobs, gifts, and money we have. We are to be His faithful stewards with it. If we are honouring God and keeping the Sabbath as a day of rest, don’t you think He will honour you in return and provide for those needs?

Now, I realize that people have shifts that fall on a Sunday, so they can’t take that specific day for some reason. That doesn’t give you the excuse to dismiss this though. You need to take another day out of the week instead then. The Lord loves and honours those that want to do His will; this is part of His will. Enjoy the day. Don’t feel burdened by it. Embrace it, celebrate it, and dedicate it to the Lord. If it’s not normal for you, try it out for a few weeks and see how you feel. You might just find that you’re enjoying life a little more again. 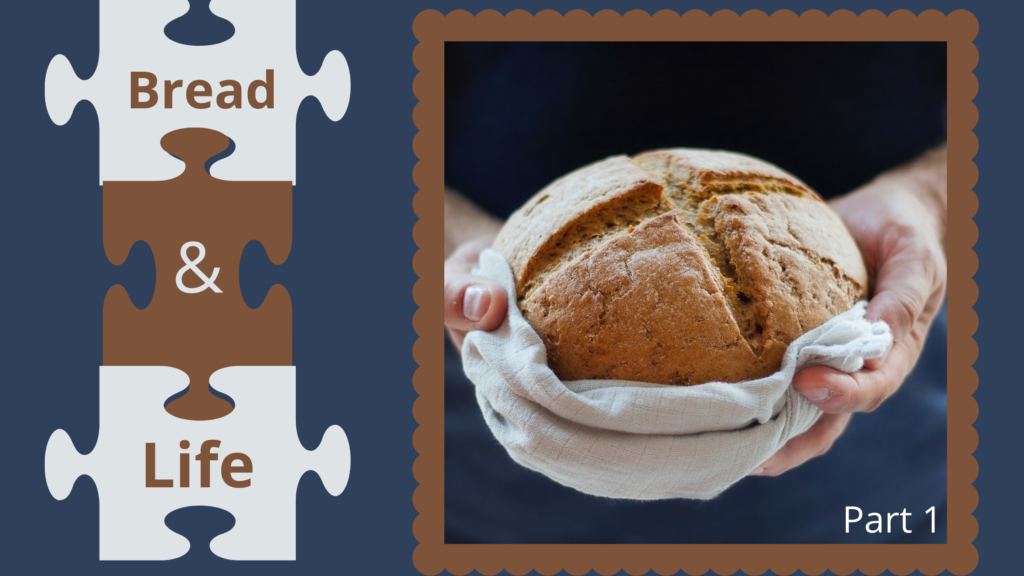 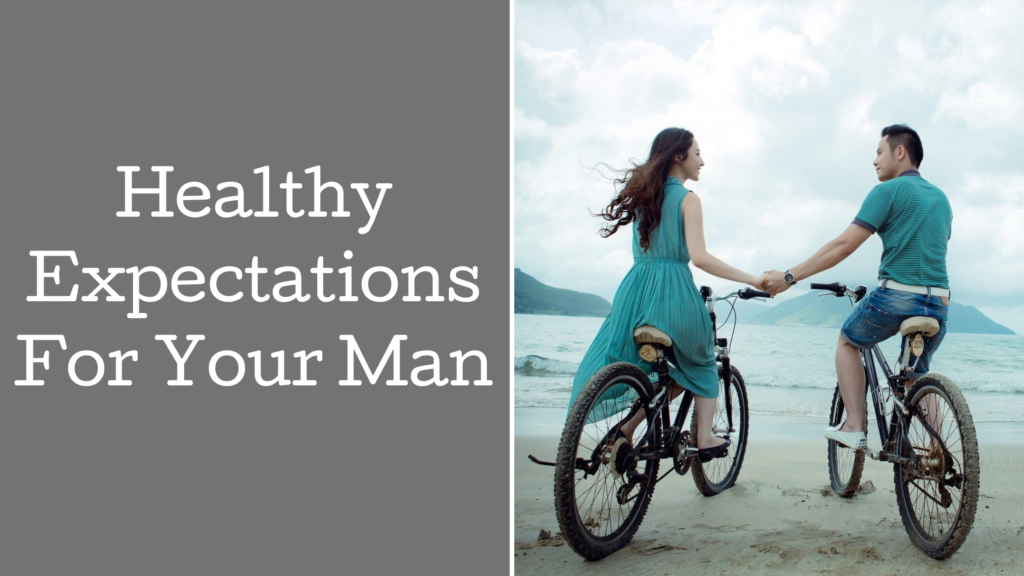 Healthy Expectations for Your Man