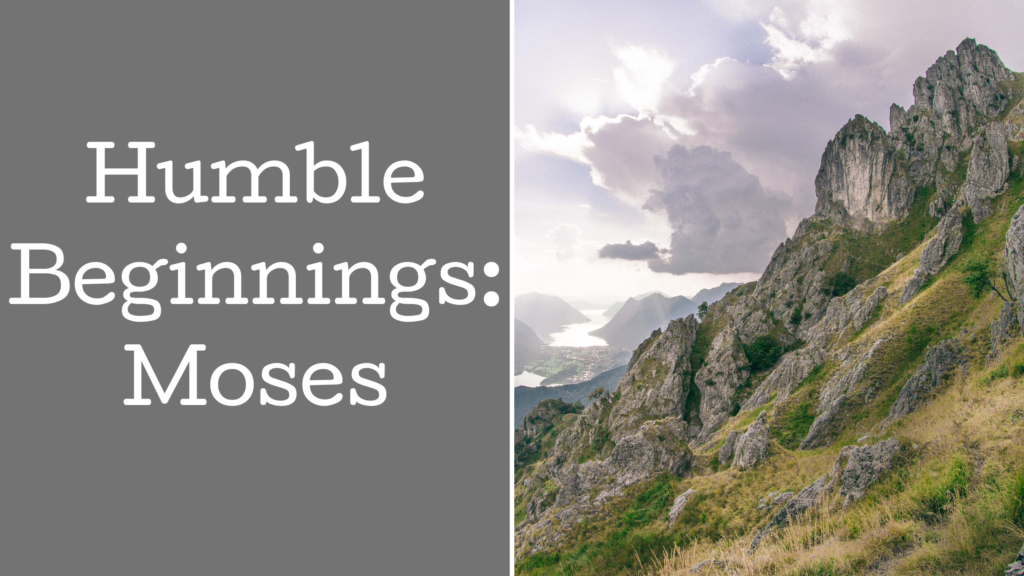 Sometimes life seems dry and dark. It feels like you’re stuck in a desert unsure of what steps to take next.

What you can’t see in the present circumstances is that you’re actually a seed being planted. A seed starts in the darkness of soil. Its roots are established in the dirt. Then the plant begins to push its way through the hard ground making its way into the light. The plant looks so small, new, and fragile to us, but it has already done a lot of work.

He knew he was different. He was a Hebrew by blood, yet living in the privilege of the Egyptian life. Moses had been adopted as a young baby. He should have been killed according to the Egyptian mandate at the time, to kill all Hebrew boys that were born. But his mother saved him, put him in a basket, and left him in the reeds of the Nile river with his older sister keeping watch. Eventually Pharaoh’s daughter found him and adopted him.

He grew up an Egyptian. He was sheltered from the reality and brutality his own people faced. That was until he was an adult. He “went out to his own people and observed their forced labour. He saw an Egyptian beating a Hebrew, one of his people. Looking all around and seeing no one, he struck the Egyptian dead and hid him in the sand.” – Exodus 2:11-12

Moses thought he got away with murder, but his action was discovered. Pharaoh was furious and tried to kill Moses, so he fled to Midian.

He was on the run. He was away from everything he knew. He was Hebrew by lineage, Egyptian by adoption, and torn between the two. Now he was away from it all. Everyone and everything familiar were gone. The guilt of the murder was on his hands. What was going to happen next? Would he die in this foreign land? What would he do for work? Had he ever worked a day in his life? Did he have any skills? Did he take anything with him when he fled other than the clothes on his back? He was a Hebrew, but he looked Egyptian. How would the Midianite people respond to him?

He came to a well and sat down.

God’s grace was so good. Moses ended up helping some shepherd girls who were being harassed and pushed away by other shepherds when it came time to water their flocks. Moses stepped in and helped them out, which eventually led to him marrying one of the girls as a thanks from their father. He became a shepherd himself and took care of his father-in-law’s flock. He did this for the next forty years!

Moses went from growing up in the wealthiest, most prominent family of the time to shepherding sheep in the open fields. He went from the highest status to the lowest. What could have been a successful life looked grim. I’m sure his mind was flooded with questions. Which God did he believe in? The gods of Egypt or the God of Israel? His father-in-law was a priest. Did he serve the God of Israel? Did he teach Moses much about the Hebrew people and their God? Or did he serve another god?

Moses was in exile. Nothing extraordinary happened, at least in his mind. But the Lord was doing a great work in him throughout this time. He was training Moses how to shepherd. What Moses thought was the career he’d have for the rest of his life ended up being a training ground. He went from shepherding sheep to shepherding people. According to many accounts of the Bible, sheep and people aren’t that far off in character from each other.

God was creating space between everything Moses used to know, to what God wanted him to know. He was teaching him so much in that time and space between fleeing Egypt until the time God called him to set the Israelites free. There’s no way Moses could have done that years ago. Though he had a heart for justice, he didn’t truly know or grasp the God he would serve. He didn’t have the leadership training he needed.

Then God met him when the time was right.

“Then the Lord said, “I have observed the misery of My people in Egypt, and have heard them crying out because of their oppressors, and I know about their sufferings. I have come down to rescue them from the power of the Egyptians and to bring them from that land to a good and spacious land, a land flowing with milk and honey …
Therefore, go. I am sending you to Pharaoh so that you may lead My people, the Israelites, out of Egypt.
But Moses asked God, ‘Who am I that I should go to Pharaoh and that I should bring the Israelites out of Egypt?” Exodus 3:7-8a,10,11

Moses’ courage was weak. He didn’t feel adequate. Why would he want to return to a place of miserable memories? He was comfortable where he was.

As the discussion between God and Moses continued, God provided for Moses all that he needed. He gave him a teammate (his brother Aaron) and the resources required (a staff/stick). God challenged Moses and sent him on his way.

Moses’ time in the wilderness was long. It seemed pointless. But that time turned out to be extremely valuable. He thought he had been running from someone, but he was actually running to someone/something great.

His forty years in exile in Midian equipped him with everything he needed to perform incredible miracles and set the Israelite people free from slavery. His relationship and trust in the Lord was magnified. He relied on Him in everything knowing where his power came from. God was in control, he prepared Moses for his calling, and in turn, Moses fulfilled an amazing ministry, walking obediently with the Lord.

He had humble beginnings which led to a fruitful, dependent leadership position from the Lord Himself. 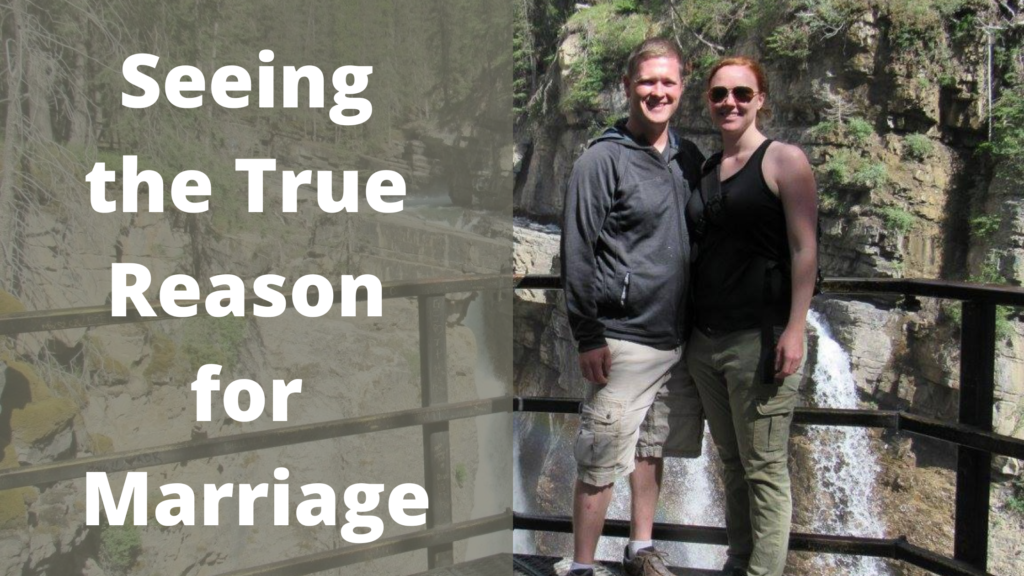 Seeing the True Reason for Marriage 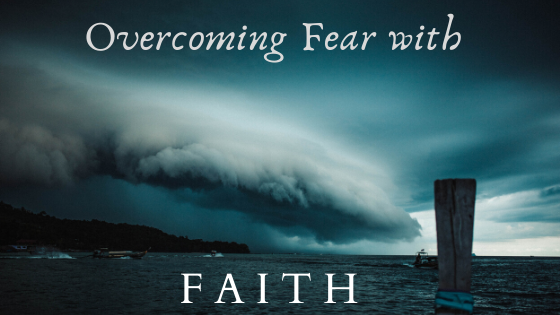