We begin today with a most scandalous and twisted story. Saul tried to get David to marry his oldest daughter Merab, to be a distraction for David. Considering David was a commoner, he declined, feeling unworthy. So, Saul gave Merab to another man.

David continue to find favour with the Lord and on the battleground. He was defeating every enemy under Saul’s kingship, and David’s name was becoming great. Saul was becoming more and more afraid of David and wanted him killed. He tried on numerous occasions to either kill David himself, or send his agents and servants to do it. All were unsuccessful attempts.

So, he thought up another evil plan when he found out that another one of his daughters, Michal, loved David. He offered her to David in marriage. Again, David felt unworthy to accept until Saul gave him a bride-price he thought he could accept. David needed to deliver 100 Philistine’s foreskins. Saul thought that plan would surely take David down. That was until David delivered the price before the wedding. Then Saul hoped being married would be a distraction for David and he would die in battle.

Michal found out that her father was sending agents to kill David at his house one morning. So, she lowered David from the window and he fled. She took a household idol and laid it in the bed with some goat hair and covered it with a garment.

I think this is the beginning of marking their first problem in marriage. David sought after the Lord, yet there was a decent sized idol in their house. Whether it was David’s or Michal’s, their hearts weren’t fully aligned with Yahweh’s.

If we have idols taking up residence in our homes and hearts, we aren’t leaving room for the Lord to direct us as He desires, because we aren’t having a committed relationship with Him.

While David was a fugitive from Saul, he ended up marrying two other women, Abigail and Ahinoam. “But Saul gave his daughter Michal, David’s wife, to Palti son of Laish, who was from Gallim.” (1 Samuel 25:44). Michal was a pawn in Saul’s game. He most likely gave her away to spite David. Since David had been on the run for years, Michal was on her own.

Saul was killed in battle. Motions began to take place to make David the king of Israel, as was prophesied and anointed by Samuel the prophet. One of the things that David requested while these plans were being worked out, was that Michal be returned to him as his wife. One of Saul’s sons, “Ish-bostheth sent someone to take her away from her husband, Paltiel son of Laish. Her husband followed her, weeping all the way to Bahurim. Abner said to him, ‘Go back.’ So he went back.” (2 Samuel 3:15-16).

Michal was a pawn in Saul’s game. Whether David requested her out of political reasons or because he loved her is uncertain. However, it was his first wife and she was taken from him while he was fleeing for his life. They were never divorced, so he had a right to have her back.

It didn’t say whether she was happy about returning or not. She must have had a good marriage with Paltiel for him to weep for her along her journey back. Unfortunately, women didn’t get much say back in those days.

Considering she actually loved David and helped save him would indicate that she did care about him. Over time, she might have eventually struggled with his abandonment and started regretting her being sent to another man.

She didn’t have any children with David before he fled or with Paltiel. The further along the story got, the more Michal’s attitude and heart of bitterness began to show. The fact that it mentioned an idol at the beginning of her marriage to David was a sign.

David and a whole host of people moved the ark of God to Jerusalem. “David was dancing with all his might before the Lord wearing a linen ephod (a priestly dress).” (2 Samuel 6:14). He had set his royal robes aside, along with any order, and gave it all he had to worship the Lord on this ceremonial day.

“When David returned home to bless his household, Saul’s daughter Michal came out to meet him. ‘How the king of Israel honored himself today!’ she said. ‘He exposed himself today in the sight of the slave girls of his subjects like a vulgar person would expose himself’.
David replied to Michal, ‘I was dancing before the LORD who chose me over your father and his whole family to appoint me ruler over the Lord’s people Israel. I will celebrate before the Lord, and I will humble myself even more and humiliate myself. I will be honoured by the slave girls you spoke about.’ And Saul’s daughter Michal had no child to the day of her death.” (2 Samuel 6:20-23)

The commentary pointed out the fact that it addressed her as Saul’s daughter Michal instead of just her name or David’s wife. This may have been to signify that she was acting like her father in jealousy and attitude. Bringing back the idols from before, perhaps she didn’t honour and revere the Lord like David did, thus seeing his actions as humiliating rather than honouring.

This conversation between the two showed the bitterness, division of unity and heart, and the struggle with serving different deities. Though David was far from perfect, he sought to serve the God of Israel. Michal chose to serve a different god. Because of her lack of respect for the Lord and her humiliation and disrespect of David, she did not have any children in life. I’m sure this was extremely painful for her considering she lived in a house full of other wives and concubines with multiple children. She lived a bitter life.

I’m not sharing this story to say that anyone infertile is because of shame. But I think there is lots to be learned from it. These are a few questions to ask yourself:

1) Where is your heart with the Lord? Are you bitter and angry with Him for not providing you with children? Are you serving other gods in your life instead of putting Him first?

2) How are you treating your spouse? If you aren’t loving and respecting each other, the division between you two will continue to grow. You must be honouring before God and before your spouse as you’ve vowed to one another.

3) Serving two different deities in a marriage won’t work. You must be united and choose one or the other. I pray you choose the Lord.

4) While studying the early years of David’s life, he sought the Lord before making any drastic moves. But, as time went on, and he broke away from the Lord’s commands (marrying multiple women, allowing idols to infiltrate his home and then serving them as well, not seeking the Lord’s counsel), everything started falling apart. This is a warning to us. Regardless of our circumstances, we must always seek the Lord first and trust that He will direct and provide in His ways and times.

We can find refuge and beauty in the grace of God. If our hearts are vulnerable and accepting of His forgiveness and grace, the sins of our past don’t need to overwhelm us. We can trust that the Lord has made us pure again.

However, if we have refused to accept the Lord’s favour and we wallow in a life of self-pity, sin, and shame, we are not able to live in the fullness He intends for us. Just like Michal and David’s lives, our lives have many trials and adversities. Michal chose to remain bitter and angry. This affected her life. David chose to seek the Lord and have a repentant heart. The Lord honoured and blessed him for that. Which path do you choose today? I know, without a doubt, the Lord wants to show favour to you. Choose Him today. 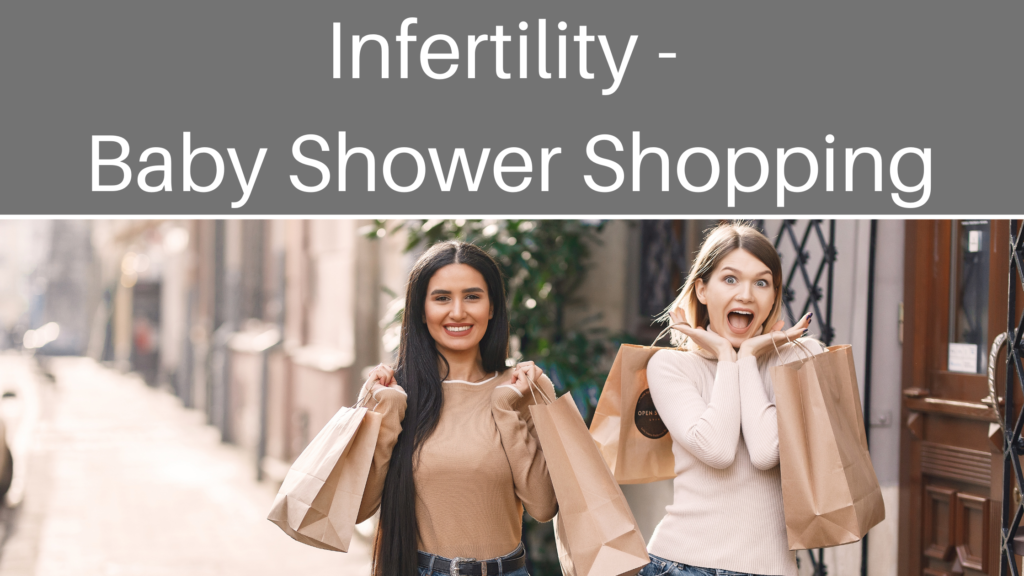 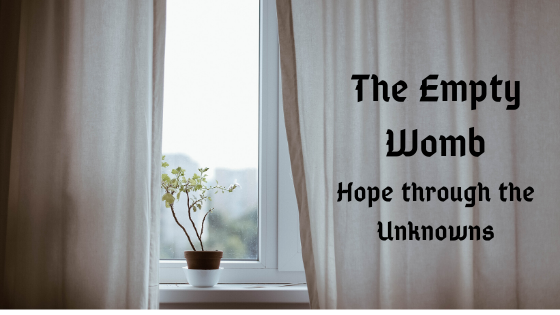 The Empty Womb – Hope through the Unknowns