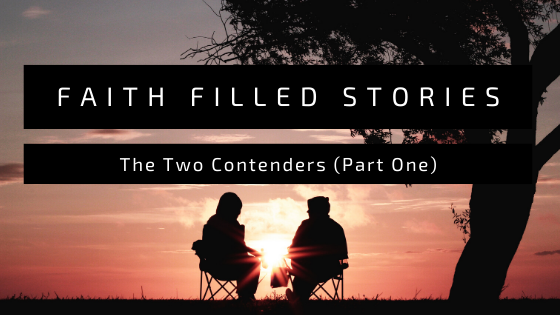 Can you imagine marrying someone after they worked seven years to marry your younger sister? Firstborns were always supposed to marry first.

I would have been deeply offended. I would have wanted the honour, to be valued. I’d want my father to search out the perfect man for me (they had arranged marriages in Biblical times).

Instead, Leah was secretly given to Jacob on the night he thought he was marrying her sister Rachel. It was most likely a poorly lit room. Jacob probably enjoyed a little too much wine as well. He wouldn’t have known about the switch. I can’t imagine the anger that coursed through his body when he realized he had been deceived. He worked seven years for a woman he deeply loved. But he got her sister instead.

What about Leah’s feelings and thoughts? It’s not what she wanted. It was like she was the leftovers. Her value and worth tainted by a deceitful father and embittered husband. A marriage started off horribly wrong. She paid for it too.

Jacob ended up marrying Rachel only after one week of wedding celebrations with Leah. That didn’t give Jacob and Leah a fighting chance to get to know or appreciate one another.

The tension of envy grew hot and quickly between the sisters. A battle of babies would break out and bitterness would become the seed planted between them.

“When the Lord saw that Leah was unloved, He opened her womb; but Rachel was unable to conceive.” (Genesis 29:31).

The term unloved here means hated. Leah was devastated. She was married to a man that hated her. He rejected and scorned her. He ignored her and enjoyed his marriage with Rachel. Then the Lord had compassion on Leah and opened her womb.

Infertility is hard to deal with and an awkward subject regardless of what culture and era you come from. However, in the ancient east, being infertile was considered shameful. It was an embarrassment. Birthing children was a blessing. Giving birth to sons was the greatest honour.

God saw the cruelty that Leah endured. He loved her and wanted Leah to see her value through His eyes. So, He blessed her with sons – six of them! She realized God’s love and care for her when she gave birth to her fourth:
“She conceived again, gave birth to a son, and said, “This time I will praise the LORD.” Therefore, she named him Judah (means praise).” (Genesis 29:35)

You may be wondering why I decided to write about Leah when she had six sons. Clearly over time she was not infertile. Though the Lord eventually blessed her, she had to go through a difficult time. Her marriage was in shambles. She was unloved and unnoticed. She went seven years without a child, without love, and without hope.

However, this story reminds me that God loves each one of us individually. He heard Leah’s broken heart. He saw her pain. He loved her enough to do something about it, in His time.

Your marriage might be struggling. Perhaps you are feeling insecure about your body. You may feel unnoticed by your husband … and even by God.

Know that Jesus sees you. He hears your broken heart. He knows just the thing that will help mend it. It may be six sons, or, it may be a reworking of your heart to understand your worth to and in Him. Or it could be both! Give your burdens and your questions to Him. Share what’s on your heart. Your child might still come. But, there’s work to do yet. 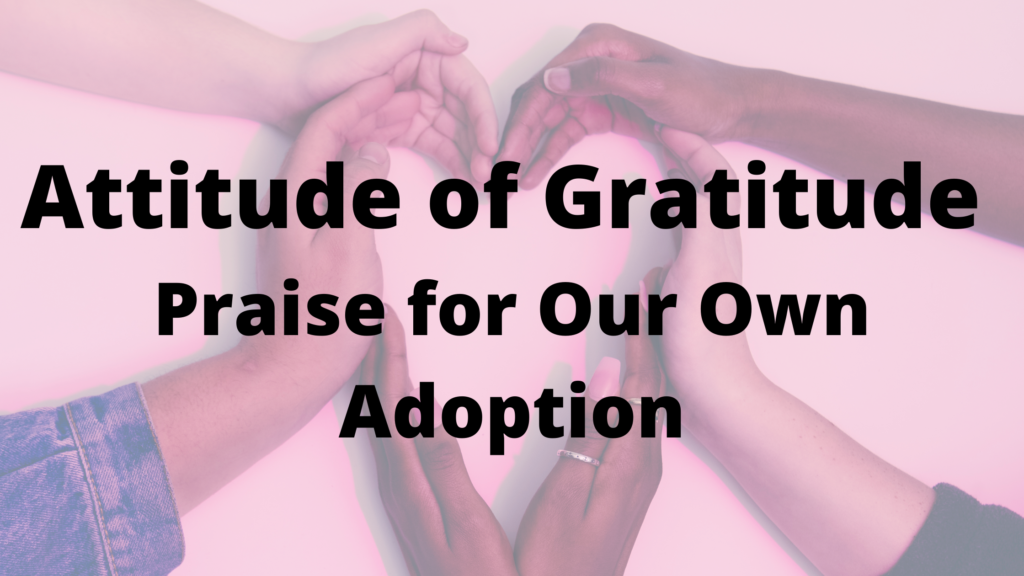 Attitude of Gratitude – Praise for Our Own Adoption 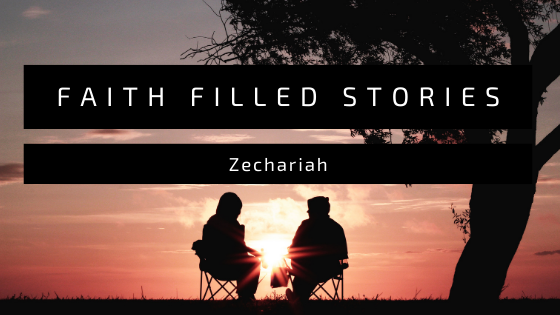