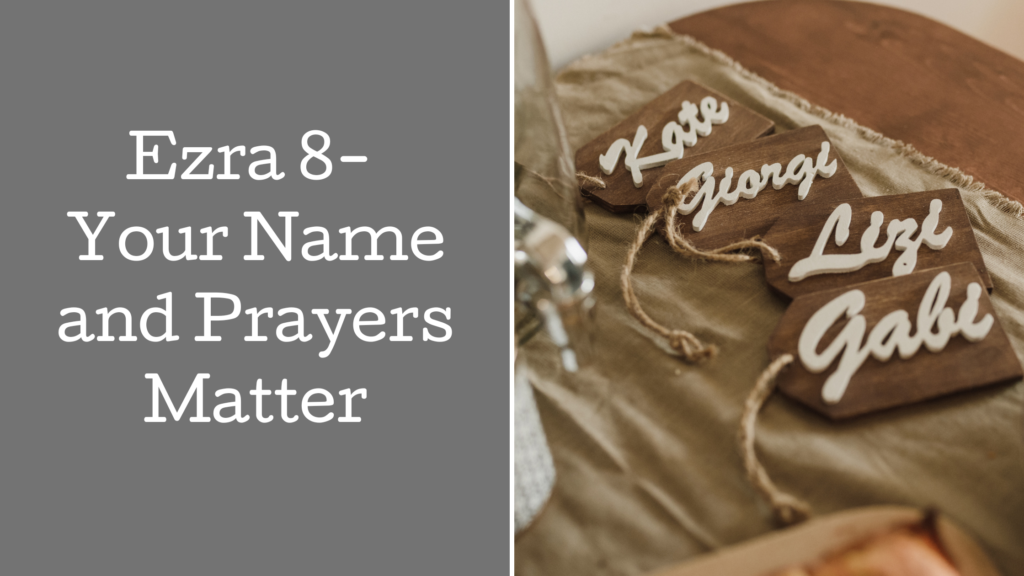 Ezra 8 – Your Name and Prayers Matter

God cares about every single person. Every name matters to Him in the genealogical record listed in this chapter. It was important that they continued to track who came from each tribe so that prophecies could be clearly fulfilled. Jesus was prophesied to come from the family line of David, of the tribe of Judah. Without these types of lists, like in Matthew 1, we’d have no evidence to confirm this truly came to be.

For example, while reading through this list and the ones in Ezra 2 and Nehemiah 10, you’ll notice some of the names end in, “iah” – Shecaniah, Zechariah, Obadiah, etc.

Why would so many people name their boys with this ending? Understanding that most Hebrew names are a combination of words, I looked up what “iah” meant. It means “Yah” which is a shortened version of the name, Yahweh/YHWH, the personal name of God.

With this in mind, it means that each of these names were highlighting a characteristic of God, or, were prophesying, or asking the Lord for something in their child. It can also give you a glimpse to how the Israelites were doing at the time and their walk with the Lord.

*While researching the name Jeshaiah, a lot of the sites said Isaiah. Confused and curious, I found this note explaining the variation:

“There are seven men endowed with the name Isaiah or Isaiahu in the Bible, but for some reason, the English translations only call the famous prophet Isaiah, and the rest Jeshaiah. This is probably to force a distinction between the famous prophet and his less laureated namesakes but since the original texts don’t do that, translations shouldn’t do that either. A similar fraudulent distinction exists between the name of the prophet Hosea and his namesakes commonly known as Hoshea.” (https://www.abarim-publications.com/Meaning/Isaiah.html)

When reading the meanings of these names, you can see that their parents were either anticipating or rejoicing for the Lord’s deliverance in ending the exile in Babylon and sending them back to Israel.

The Bible is full of fascinating and never-ending discoveries. Every bit of it is worth exploring.

Continuing on in Ezra 8, he describes the voyage from Persia to Jerusalem.

“21 I proclaimed a fast by the Ahava River, so that we might humble ourselves before our God and ask him for a safe journey for us, our dependents, and all our possessions. 22 I did this because I was ashamed to ask the king for infantry and cavalry to protect us from enemies during the journey, since we had told him, “The hand of our God is gracious to all who seek him, but his fierce anger is against all who abandon him.” 23 So we fasted and pleaded with our God about this, and he was receptive to our prayer.

31 We set out from the Ahava River on the twelfth day of the first month to go to Jerusalem. We were strengthened by our God, and he kept us from the grasp of the enemy and from ambush along the way.” Ezra 8:21-23

You can hear the apprehension the second group of Israelites had about journeying home with all the goods they were carrying, but they didn’t want to go back on their word to the king and minimize their God to him. So, they did what the Lord asked of them through His law. They fasted, prayed, and asked for Yahweh’s protection.

God was their strength, protector, and deliverer. They cried out to Him and He answered them in their time of need. This also proved to the Persian king that the Israelite’s God was real and watching over them.

This would have been a clear message to the king considering they were carrying thousands of pounds of silver and gold. God kept watch over them just like He did the Israelites coming out of Egypt.

God intimately knows your name. He hears your prayers. You can trust that He’ll deliver, protect and strengthen you. Is there something you’re nervous or intimidated about? Ask the Lord to help you, and then believe and trust that He will.

be confident in the Lord Ezra 8 He knows your name the meaning behind a name trust in the Lord what does "iah" mean? what's the point of geneologies in the bible Your name matters Your prayers matter
Share this: 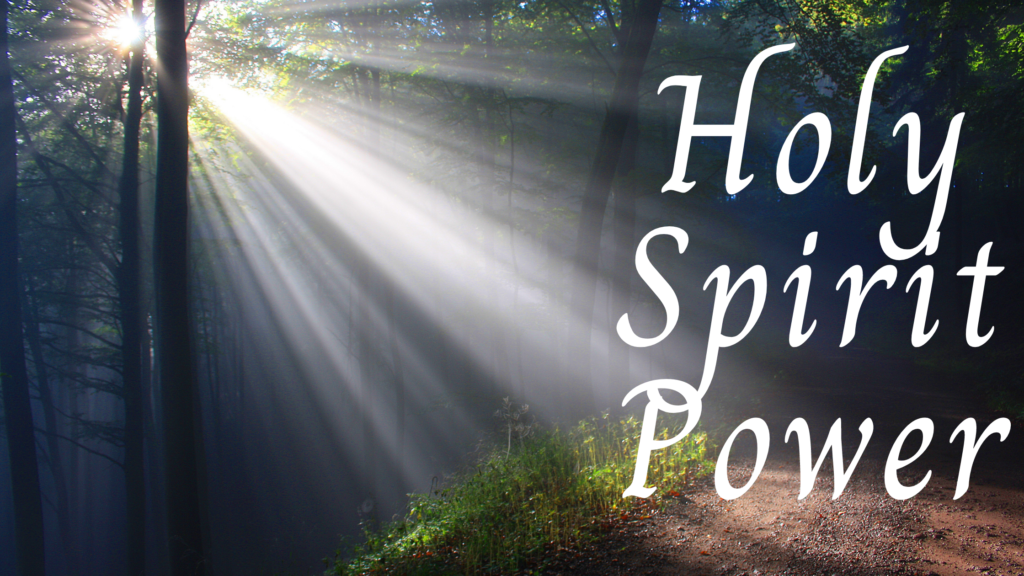 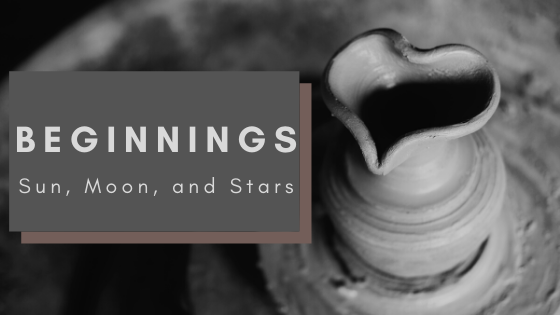