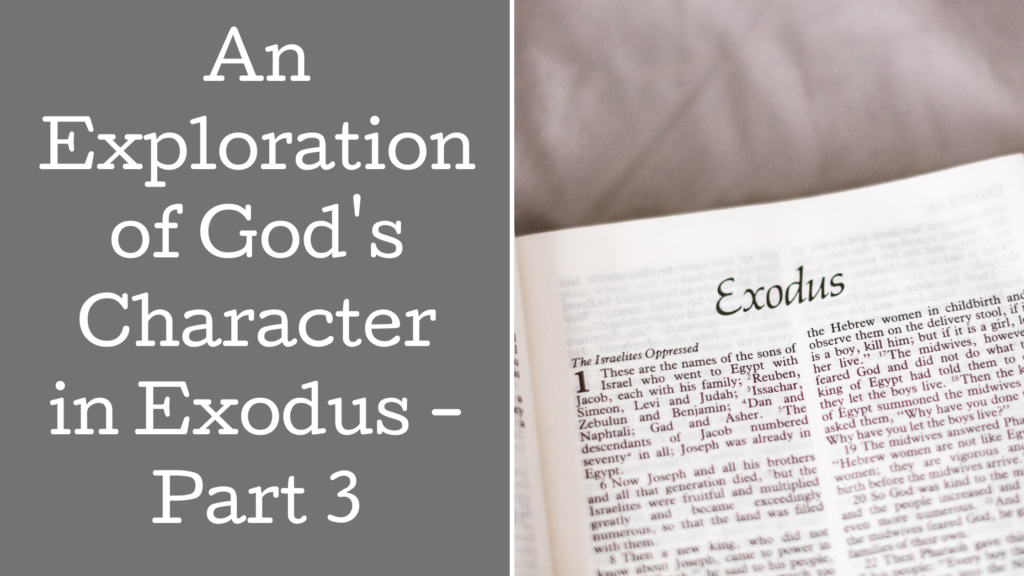 Wow, God is so incredible. The depths of His character are never ending. Think about all the attributes we’ve uncovered in just ten verses of chapter 3 in Exodus. That’s only one itty bitty section of the entire Bible. Even if we did nothing else in life but study God’s character in the Bible, we would never reach the end of who He is. Isn’t that an incredible thought? We should never grow weary of His great word.

Speaking of, let’s recap some of the character of God we’ve already discovered. In part 1 of this series, we highlighted some of these:

In part 2 of the series, we discovered:

Wow, He has revealed so much to us already. Now, as we explore the rest of the chapter, we’ll see that the Lord is also a personal God.

“He answered,’ I will certainly be with you, and this will be a sign to you that I have sent you: when you bring the people out of Egypt, you will all worship God at this mountain’”

He is a confirming and ever-present God. He doesn’t give us tasks and then leave us to complete them. He joins with us to see it accomplished. God is for us. He is also worthy of worship. He delivers us and holds to His promises.

Exodus 3:13 – “Then Moses asked God, ‘If I go to the Israelites and say to them: The God of your fathers has sent me to you, and they ask me, “What is His name?” what should I tell them?’”

Moses hadn’t formed an intimate relationship with Yahweh yet, but he respected the name of God as “God of your fathers”, as the Lord had made evident to him in verse 6.

God meets us where we’re at. He doesn’t push Himself on us. He is God/Elohim to Moses here, not Yahweh. Though He is teaching Moses more about Himself in this conversation. I AM WHO I AM, is also written as YHWH – My commentary states that “the original pronunciation of the name was lost when Jews avoided using it because they regarded it as too holy for sinful lips to speak…We do not have a written representation of the full name” (The Study Bible for Women – Holman Christian Standard Bible)

Therefore, we can see that Yahweh is a profound, very holy, and personal name of God. It represents His eternal existence, His complete sustainability, and that everything created is by Him and flowing from Him. He has no beginning or end. He is the always-present God. As my commentary explains it, “I AM as God’s name speaks of His eternal self-existence, continuous in history and transcending time; the existence of everyone and everything else is contingent upon Him, and knowledge of God is dependent on the extent to which He reveals Himself. He is the antithesis of the gods of Egypt.”

This was so important for Moses to know and understand. Egypt was full of various gods. The Egyptians took such pride in them, that the Israelites, their culture, and God were detestable to them. They wouldn’t even eat at the same table as them. Moses needed to know that the God he was serving was much bigger than the gods and the people he was about to be up against. He needed to really understand it, so that he could help the Israelites understand it as well.

Exodus 3:15 – “God also said to Moses, ‘Say this to the Israelites: Yahweh, the God of your fathers, the God of Abraham, the God of Isaac, and the God of Jacob, has sent me to you. This is My name forever; this is how I am to be remembered in every generation.’”

God was noting not only to Moses but to all the Israelites that He is the promise-keeping, eternal, intimate God. He needed Moses as the leader to understand it first, and then to be able to teach and explain it to the Israelites also. The Lord, by His names, made Himself intimate and personal with the Israelites by addressing Himself as the God of their current fathers and the God of the patriarchs of their family. They knew the covenant God made with Abraham. They knew that they were a special people. Now the Lord was about to reveal that to them all in a very profound, just, and miraculous way.

By the Lord declaring that He is the God of the past (with the patriarchs, a God of the present with their fathers and themselves, and a God of the future (“This is My name forever”), He is showing the Israelites that He is eternal. He is therefore trustworthy and will do what He says He will.

Exodus 3:18 – “They will listen to what you say. Then you, along with the elders of Israel, must go to the king of Egypt and say to him: Yahweh, the God of the Hebrews, has met with us. Now please let us go on a three-day trip into the wilderness so that we may sacrifice to Yahweh our God.”

Yahweh, God of the Hebrews – The Lord was declaring that His people were special and set apart. He is Lord over all the Israelites. He isn’t some far off god that doesn’t care about anyone but Himself.

Yahweh our God – Yahweh wants the Israelites to take ownership of their relationship with Him, declaring that He is their God, not just the God of their fathers.

The Lord continued to instruct Moses what He was going to do in order to free His people. He warned Moses that the king of Egypt was not going to let the people go, so He was going to stretch out His mighty arm and perform great signs and miracles to the point where the Egyptians would hand over their riches to the Israelites to send them on their way. They would have no doubt that the God of the Israelites was above all else.

God brings justice on our oppressors. He brings healing to the wounded. He gives comfort to the hurting. He gives guidance to those fulfilling His purposes. He is an eternal, promise-keeping, all-powerful, all-sufficient, holy God.

And He’s all that for you too. May you take the rest of this week to dive into Scripture and meditate on the awesome God that you serve. I pray that He is Yahweh to you. That you have a personal and intimate relationship with Him. All the promises He shares within the treasure of His word are true for you too. He will be with you forever.

Characteristics of God Exodus 3 God goes before you God is faithful God of Abraham God of our fathers Moses and the burning bush Moses commissioned by God Study on Exodus 3 study on the character of God The Angel of the Lord Yahweh Yahweh our God
Share this: 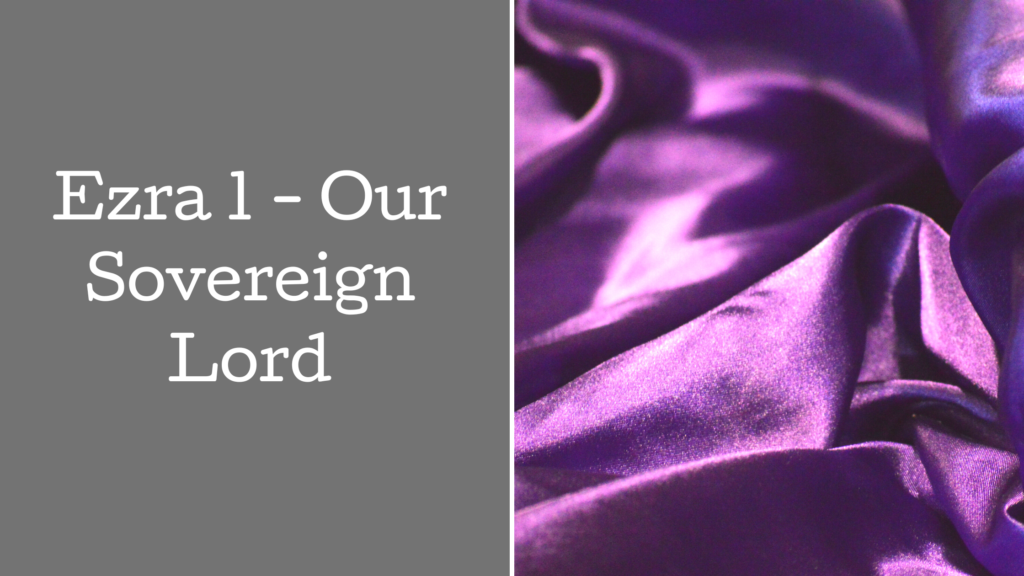 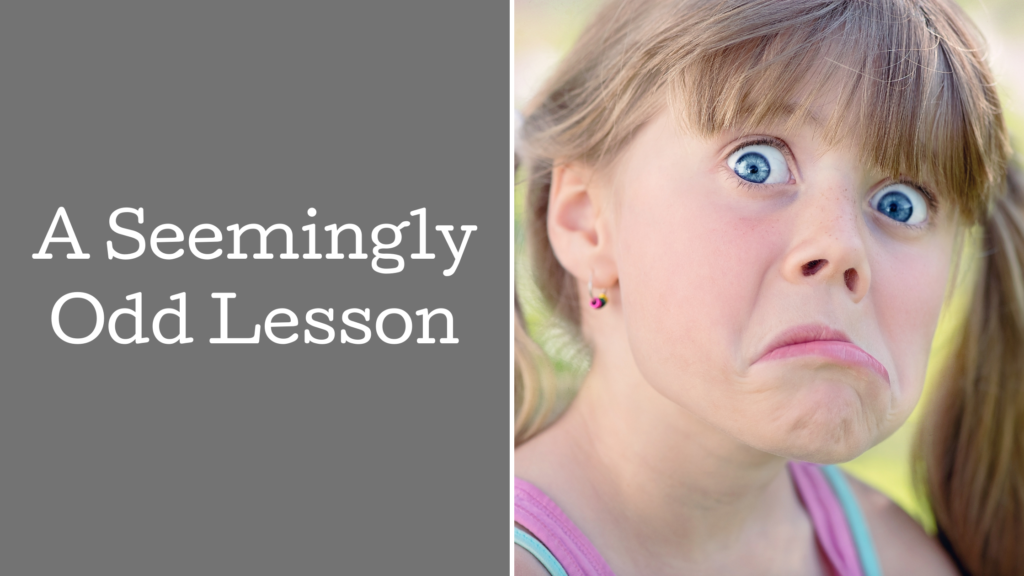