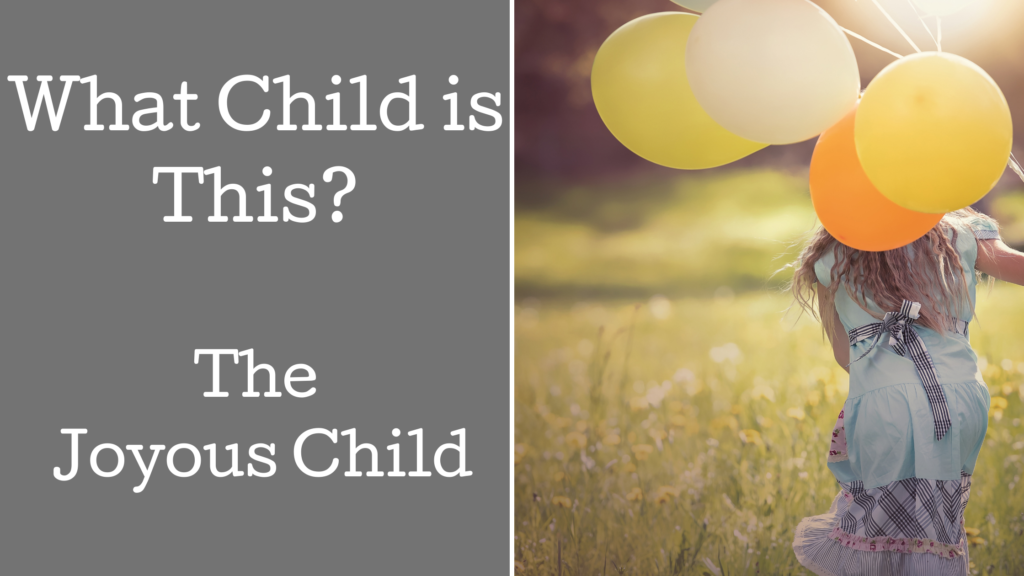 What Child is This? The Joyous Child

“O raise, raise a song on high
His mother sings a lullaby
Joy, oh joy for Christ is born
The Babe, the son of Mary”
-What Child is This by Josh Groban

I always pictured Jesus to be quite serious throughout His human life. He had important messages to share and had to deal with scrutiny from the religious leaders.

However, I realized reading through the birth of Jesus, that every first encounter people had with Him brought joy.

“In those days Mary set out and hurried to a town in the hill country of Judah where she entered Zechariah’s house and greeted Elizabeth. When Elizabeth heard Mary’s greeting, the baby leaped inside her, and Elizabeth was filled with the Holy Spirit.

…’How could this happen to me that the mother of my Lord should come to me? For you see, when the sound of your greeting reached my ears, the baby leaped for joy inside me!’”
Luke 1:39-41, 43-44 (bold added)

Mary was only roughly a month or two pregnant at this point which means that Jesus’ heart and brain were just starting to form. He wasn’t even an inch long yet. Elizabeth was six-seven months pregnant when John the Baptist leaped within her womb at the presence of Jesus.

What a phenomenal thought! Two babies still within the womb greet each other with a grand response of joy! The Holy Spirit was at work. The response of John led to Elizabeth and Mary rejoicing together and prophesying in song to the Lord.

Fast forward several months later to the birth of Jesus. Mary and Joseph were still residing among the sheep in Bethlehem after Jesus’ birth when an angel appeared to the shepherds to share the wonderful news of Jesus’ arrival. The angel declared,

“Don’t be afraid, for look, I proclaim to you good news of great joy that will be for all the people: Today a Saviour, who is Messiah the Lord, was born for you in the city of David. This will be a sign for you: You will find a baby wrapped snugly in cloth and lying in a feeding trough.”
Luke 2:10-12 (bold added)

The angel excitedly declared to the shepherds the “great joy” that had come to the world. The long-awaited time had come for the Messiah to arrive. This news would not only be great for Israel, but would be for “all people”. The message of hope had come for the whole world.

Mary and Joseph took Jesus to the temple in Jerusalem after Mary’s purification was over. This was approximately 40 days after Jesus’ birth. They arrived to the temple and a man named Simeon greeted them. He “took Him up in his arms, praised God, and said:

Now, Master,
You can dismiss Your slave in peace, as You promised.
For my eyes have seen Your salvation.
You have prepared it in the presence of all peoples –
a light of revelation to the Gentiles
and glory to Your people Israel”
Luke 2:28-32

Holy Spirit revealed to Simeon that he would not die until he met the Messiah. What a joyous and miraculous time that would have been for him. He knew by the Spirit’s leading which child it was. He held the King of kings in his arms and prophesied over Him. He declared Christ’s salvation to the world, realizing that the significance of Jesus’ life was not for the Israelites alone, but for all people. Simeon was content to die after that as proclaimed in his prophecy because the greatest joy and honour of his life had been fulfilled.

“There was also a prophetess, Anna, a daughter of Phanuel, of the tribe of Asher. She was well along in years, having lived with her husband seven years after her marriage, and was a widow for eighty-four years. She did not leave the temple, serving God night and day with fasting and prayers. At that very moment, she came up and began to thank God and to speak about him to all who were looking forward to the redemption of Jerusalem.”
Luke 2:36-38

Anna had to be at least 100 years old. She continuously served the Lord, day and night, awaiting the redemption of Israel. What joy must have filled her to experience the presence of the coming Messiah after she had prophesied about Him for so long. Now, instead of with the heaviness of waiting, she could praise and thank God for the ability to stand by the very presence of Jesus and proclaim the coming redemption of her people. Her prophecies were validated.

The very presence of Jesus brings joy. Have you been experiencing joy when you meet with Jesus? Is there something preventing you from this? Search your heart and ask the Lord what might be blocking you from choosing and embracing joy in His presence. Though life can be heavy, we need to choose joy; not in the things of this world, but in the life and very presence of Immanuel, God with us.

Let the joy and excitement of the great news of Christmas overwhelm you this year as you reflect upon the miraculous birth of our Messiah, Jesus Christ.

Elizabeth prophesying Jesus and John the Baptist Jesus is joy Joy Mary and Elizabeth the birth of Jesus The Christmas story the story of Jesus What child is this
Share this: 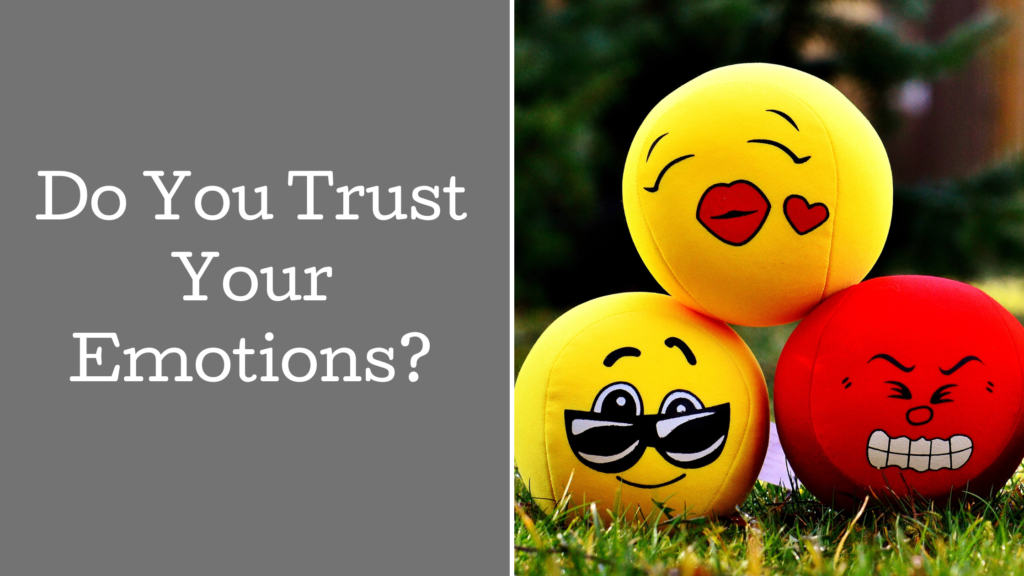 Do You Trust Your Emotions? 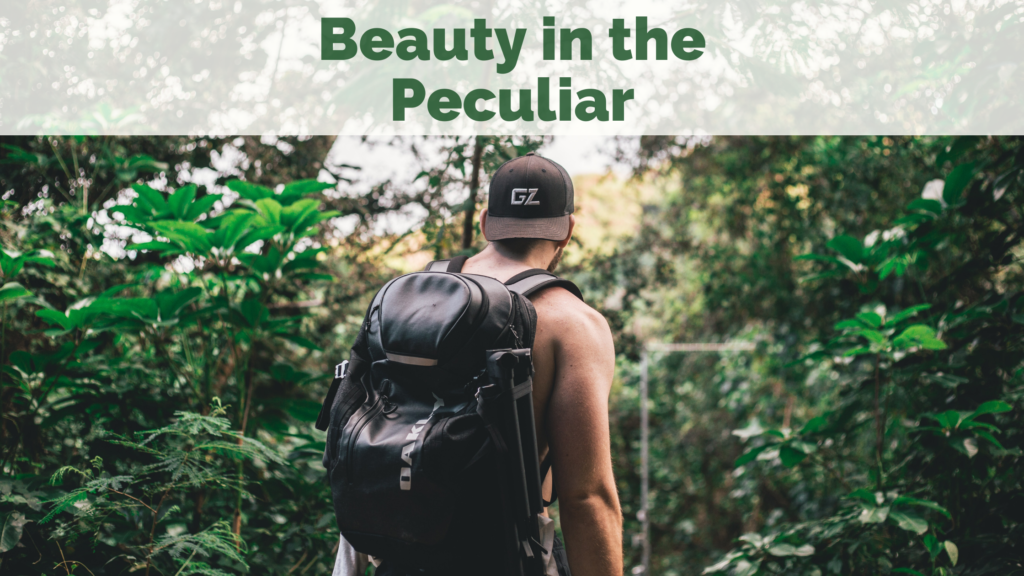 Beauty in the Peculiar