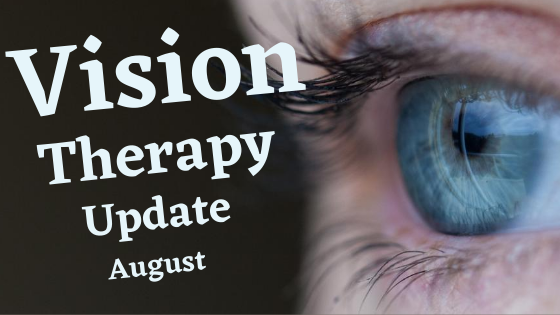 Yay!! I bring you great news! I am done my light therapy as of tomorrow. I know most of you won’t understand how excited this makes Michael and I. I don’t normally like to give details of how I’m really doing physically because it would be exhausting and draining for you. But let’s just say, this therapy has been the WORST one yet.

Behind the scenes here, I have been struggling. This therapy has completely messed up my head and body. Each day was a physical challenge to get out of bed. I wouldn’t sleep well. All the stimulation and symptoms would cause me to wake up multiple times in the night. I’d have very vivid weird dreams, and some nightmares. By the time I had to wake up in the morning, I didn’t feel like I got any rest.

I’d stagger up from the bed and take a bit to regain my balance as the waves of motion sickness sank in. I’d feel super hungry, my brain overworking throwing my stomach off. I’d eat and then feel nauseous. This was the cycle every meal I ate. Then after an hour or so, I’d be back to that hungry nauseous feeling again.

I’d spend time with Jesus, eat breakfast, get my blog post up for the day, manage to write the next day’s, and then have to do my syntonics (light therapy). I’d fall back into bed for another hour or so afterward. I’d get lunch ready, spend lunch with Michael, do another task, then most times end up back in bed again for another rest/nap break.

The cycle of exhaustion, nausea, headaches, head swollen feeling, dizziness, and general sense of grossness were so intense that I actually took a pregnancy test at one point because I thought it had to be more than the therapy. But a negative test confirmed it was the revulsion of my body against the therapy.

Eventually the exhaustion caught up to my mental and emotional health as well. I was starting to feel weary. I’d find myself crying at some simple things. But then spend time in worship with the Lord to regather myself.

Finally Sunday night, I started really struggling again. Then Monday, by God’s grace, I heard that it’s almost over. I literally shouted, “praise Jesus!” when the therapist told me. She said that it’ll take a week or two after I’m finished for the symptoms to settle back down a bit, but I’m almost there!

I knew going into the light therapy that it would be hard. They warned me that I’d feel gross. I just didn’t realize how gross they meant. But when I’m desperate to get better, I’ll do nearly anything in order to get there. As I shared last week, “no pain, no gain”. Well, there was lots of pain. Now for the gain.

I asked the therapist last week if she noticed any difference. I felt like I was regressing so I needed some hope to hold onto. She said that the exercises I did with her were all showing signs of progression. Yay!

So, what does the light therapy do, and why does it cause so many symptoms?

Well, aside from the colour changes I mentioned in my last update, opening up the spectrum so I can handle indoor light and sunlight more, it also helps to open up my periphery. This is the area of eyesight that gets damaged with a concussion. Someone can get a regular eye exam done after a concussion and pass the test perfectly. That’s because they are looking at his or her center vision instead of the peripheral vision. The periphery is were it takes the hit.

Now that the syntonics has been opening up my periphery again, I will eventually be able to handle motion, lights, and sound better. My brain will adjust and compute information in a more normal manner, rather than keeping my body in the constant “fight or flight” mode. My brain will have a chance to relax more and process everything.

The symptoms were caused by my brain trying to protect me. It’s kept me in a safe mode for the past four years now. It’s protected me by causing symptoms when I’ve done more than it can handle. But now the therapy is trying to push the limits and allow my brain to take in and process information better again. In essence, it’s trying to strengthen the thinking muscles and adapt to regular life again.

But the brain needs to learn it can trust the therapy; that what I’m doing isn’t trying to harm it but help it. That’s why this inward battle is so intense. And with the brain and stomach being so interconnected, they flair up the whole body.

Now that the syntonics is coming to an end, I’ll return to my regular vision exercises. We’ll focus more on peripheral exercises in order to keep engaging with the work that’s been done. I’ll keep building the converging (crossing eyes and clearly making two images to three), and diverging (making eyes distance themselves (like going cock-eyed) and making two images into three). It sounds weird, but this is helping the information cross and connect within my brain. It’s helping the two eyes work together as one again and processing the same information rather than taking it in as two different pictures.

In non-medical terms, yay, I’m on the road to getting better! Let the next phase begin! 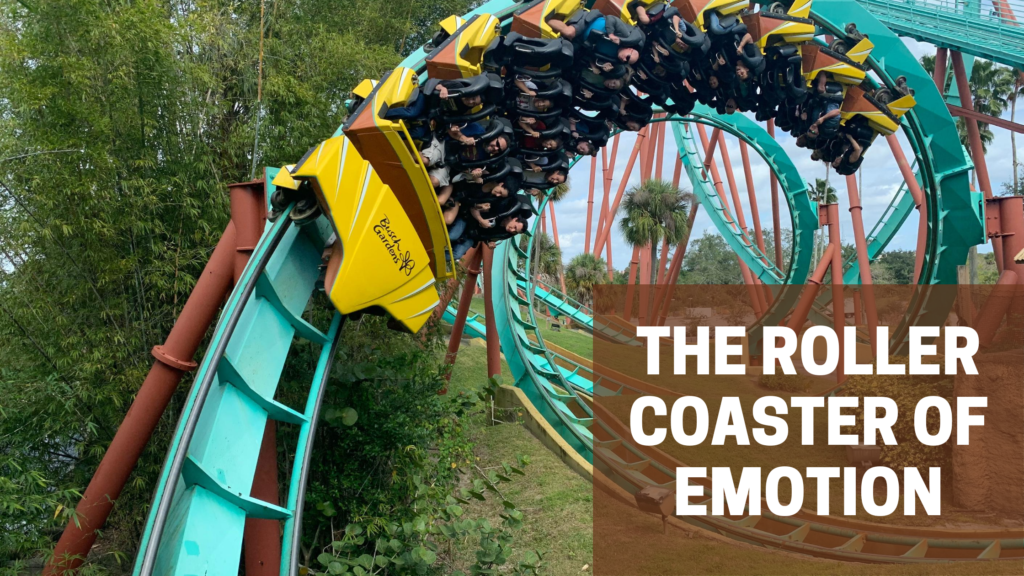 The Roller Coaster of Emotions 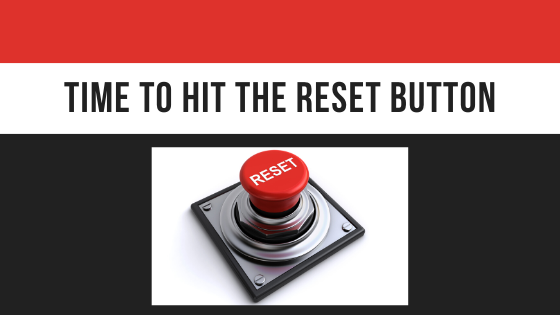 Time to Hit the Reset Button