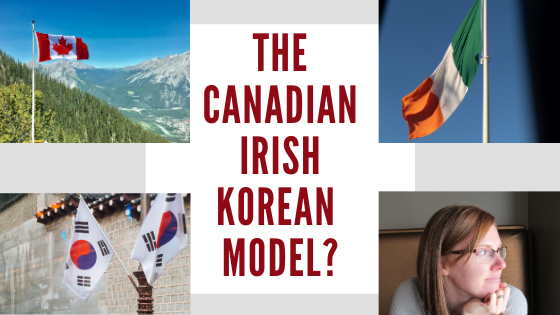 Growing up with red hair was a unique privilege. It has also been annoying. I would have complete strangers walk up to my mom and I in the mall and ask if they could touch my hair. Being a shy, introverted child, this would be where I’d try to hide behind my mom. Adults seemed to love it. Kids took the opportunity to tease about it.

It was near the end of my high school career. My hairstylist asked me to volunteer for a world hair competition he hosted in Windsor. It was a once-in-a-lifetime opportunity. I eagerly signed up. Countries from around the world were competing and showing off their latest styles.

My hairstylist was the one running the competition. He told me there were long-hair and short-hair division. There were beautiful gowns to wear at the end when we would model the hairstyle we received. I was excited!

I got to the hotel where the event was hosted. I found out I was modeling for South Korea. What a cool experience! It was for the most part. But I think I would use the word interesting to describe it more.

There was one translator for the whole South Korean team. That translator was with their judge most of the time, which mostly happened to be away from where we were. What I found out is that they were going to dye our hair different colours the first day. Then they would cut it to fit the style they intended on the second day.

A bunch of us went to the hotel room and got our hair dyed. My colours were hot pink and blonde on top with a pitch-black layer underneath. Wow, talk about a contrast from the red! My fair skin made me look even whiter with all that pizazz on top. It looked really cool when I put my hair up into a pony-tail that night. I thought, “maybe this is something I could get used to. It’s pretty funky”.

My hair was a good two inches past my shoulders. I thought that I would have been placed in the long hair division. Apparently, they had enough models for that though. A bit of a surprise came the next day when I found out I was entered into the short-hair division.

Most of the models were not happy about that. They refused to get their hair cut. I felt bad. I didn’t want mine cut either, but these stylists had designed and planned this for a year. I wasn’t going to ruin their show. So, I decided I would go for it. My thick, wavy, frizzy mane would grow back. I could do this.

Snip snip went the scissors as I watched my luscious locks fall to the floor in front of the crowd. World-wide representatives watched as my hair converted into a very fashion forward style. “It’s okay Rachel. It’ll grow back. Embrace the change”, I told myself as I could feel the tears welling up.

Mind you, I was a farm girl. I lived majority of the time with my hair in a pony-tail since I thought it took too much work to maintain. Let’s just say this hair cut was going to take a while to reach pony-tail status again.

“Okay, it’ll get better”, I thought. “I’ll get to wear an amazing Korean dress. I’ll have my make-up done and feel gorgeous. I’ll flaunt my new look in front of news reporters, hair stylists, judges, and audience. My picture will be all over South Korean billboards and advertisements.  It’ll be a day to remember.”

Oh, to see the look on my face when I saw the outfit. That’s the picture I wish I would have had for keeps. I gathered the nerve to ask where the models would wear the outfit I was given. When the translator was finally available, I got enough out of him to hear it was for show-girls. My modest, Christian, farm-girl self almost dove under the bed. But I did the best I could. I dressed up and told myself it would only be for another hour or so. Then my pink-haired self could run and hide and pretend like this never happened.

I put on the light pink bikini type top with lei looking tassels hanging from it, along with my pink little tutu and fishnet stockings. I was adorned with butterflies wrapped around my arm and long fake nails.

Okay, now for the make-up. I sat with other models while the different countries’ stylists worked away at their various make-up designs. One model had a snake skin replica painted up her body. Another had a zipper “un-zip” on her cheek. I had a flower taped around my one eye with make-up to compliment my face.

Once we were finished, we all formed a line and walked around the room for everyone to see.

Thankfully when the show was over, they fixed my hair to a stylish bob. I figured this would be the only time I would ever do something this drastic to my hair. So I decided to leave the colour in it.

What I didn’t really think through at the time is that my grade 12 graduation was only a month away. I attended prom and my graduation with half washed-out pink, blonde, and black hair. Oh, if I had had any fashion sense at that point, I would have knocked some sense into myself and got it re-dyed by that point. Oh well, at least my prom dress matched my hair well.

It was a memory that I often laugh about now. I enjoy watching people’s shocked reactions as I share this one. Most people cannot picture me doing something that crazy. I’ll pull out the DVD the rare time to prove myself honest.

I would like to say that I learned my lesson and appreciated my lovely red hair at that point. But, unfortunately, I had one other attempt. Let’s just say I started looking like a tiger when that crazy idea grew out (I thought I’d try all black).

At least I know I can dye my hair if I ever need to go incognito. No one knew it was me when I sported the pink and black. My best friend at the time walked right past me and didn’t even recognize me. That part was certainly fun.

I will say that I have now come to adore my red-rooted mane and plan to enjoy it as long as I can before the wiry white takes over. Who knows what kind of crazy idea I might get into at that point? 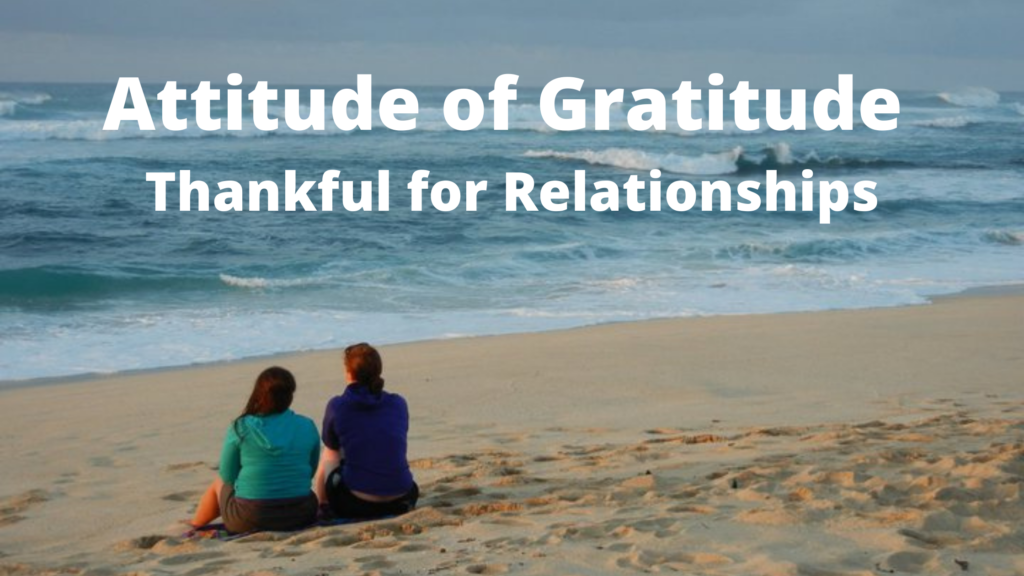 Attitude of Gratitude – Thankful for Relationships 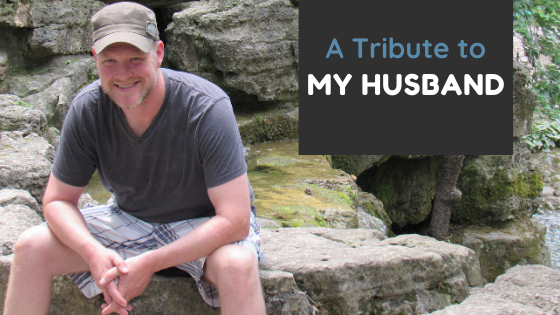 A Tribute to My Husband