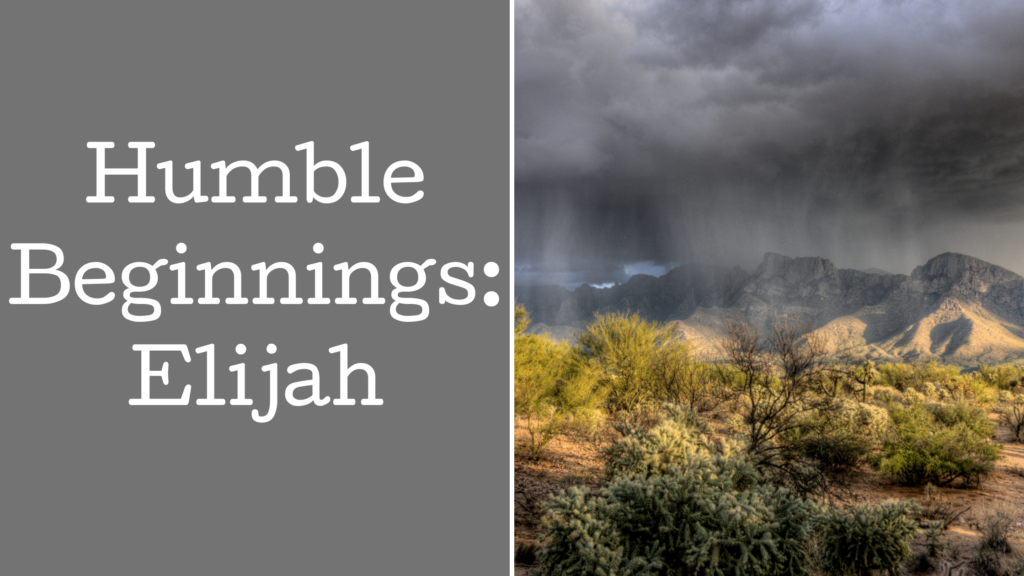 Moses ran from Pharaoh. Joshua found himself in training between Egypt and the promised land. Now Elijah is running from Queen Jezebel.

The difference of Elijah over the other two is that he already had some powerful moments with the Lord. His entry into Scripture had no real introduction. It stated where he was from and gave his first declaration to the king of Israel that a drought was coming upon the land for years (1 Kings 17).

1 Kings 17-18 states some incredible miracles. Elijah was supplied food in a cave by ravens for a period of time and the wadi provided water for him until it dried up. Then the Lord directed him to Zarephath to a widow who had almost run out of flour and oil. He shared with her that the Lord would not let her run out of oil or flour until the rains returned, supplying her, her son, and Elijah with food to eat. During that time, the Lord allowed Elijah to restore the widow’s son’s life as he had died.

He also, by God’s power, brought the king of Israel along with all the prophets of Baal and Asherah together, along with many Israelites. The prophets tried to call fire down from their gods to consume their sacrifice. But nothing happened. Then when Elijah asked the Lord to do it, “Yahweh’s fire fell and consumed the burnt offering, the wood, the stones, and the dust, and it licked up the water that was in the trench.” (1 Kings 18:38). Elijah rallied the Israelites together immediately after and had all the prophets of Baal killed.

He went to the top of mount Carmel and spent some time in prayer. Eventually, the Lord sent the rains to stop the drought and replenish the land.

That all sounded like an incredible ministry. The Lord provided for Elijah and helped him to be effective everywhere he went. But there was an underlying issue in Elijah that needed to be addressed before the Lord continued to do an even greater work in him.

After the evil Queen Jezebel heard about Elijah killing 400 prophets of Baal, she sent a messenger to Elijah to report that she would have Elijah slaughtered the next day. Great fear and depression filled Elijah and he immediately ran for his life.

He should have trusted the Lord to take care of him as He had faithfully done before, but it showed that Elijah still had fear of man within him, instead of complete trust in the Lord. Exhausted from running, fear, and depression, he fell asleep under a tree.

The Lord sent an angel to minister to him twice with food and drink in order to sustain and nourish Elijah. Then, after he ate the second time, “on the strength from that food, he walked 40 days and 40 nights to Horeb, the mountain of God. He entered a cave and spent the night” (1 Kings 19:8-9)

This is the mountain where Moses had many encounters with the Lord. Elijah was in the same wilderness that Moses and Joshua were at. Running from someone, tired and confused, he tried to find God’s compassion for him there.

The Lord met Elijah there and questioned why he had come. Elijah complained, “‘I have been very zealous for the LORD God of Hosts’ he replied, ‘but the Israelites have abandoned Your covenant, torn down Your altars, and killed Your prophets with the sword. I alone am left, and they’re looking for me to take my life” (1 Kings 19:14)

The Lord reminded Elijah in that moment of who He is. He sent a great wind, an earthquake, and fire. Then, after all the demonstrations of His power, He spoke to Elijah in a quiet voice. That’s what got Elijah’s attention and brought him out of the cave. He had seen God’s powerful display multiple times, but it was the soft, personal connection that spoke right to his heart.

The Lord didn’t let Elijah sit in his despair. He called him out for his fear and lack of trust in the Lord. Then, Yahweh gave Elijah his next orders. Hope and a succession plan for kings and the next prophet to take Elijah’s place.

The Lord didn’t speak to Elijah in the 40 days and nights it took him to get to the mountain of God. The Lord let him stew in his fear and despair. He let him think out his excuses that he would present to Yahweh. Then, when he was good and ready to declare why he was done with his ministry, the Lord reminded him of who God is and who Elijah was. Then he gave him the next plans ahead.

We can get stuck in our own emotions and bitterness from the things that have hurt us. Even if we’ve lived in our calling, we can get mired in the wear and tear of the spiritual battles that comes with it. We can also get caught up in thinking the awesome experiences had something to do with us. So, we need a time-out. We need to step into the wilderness to be reminded of who God is and who we are. Then we can come out of it stronger and more resilient than ever before, with a greater humility as well.

Elijah had a very effective ministry after this experience. When the Lord told him to go, he went. When he told him to act, he acted, even to the point that he could speak a word and men would fall before him (2 Kings 1:10, 12).

Elijah knew the Lord’s voice and direction very well. He had a much deeper relationship with Yahweh than ever before. Then, at the end of his ministry, when he had trained Elisha as much as he was supposed to, “the time had come for the LORD to take Elijah up to heaven in a whirlwind … As [Elijah and Elisha] continued walking and talking, a chariot of fire with horses of fire suddenly appeared and separated the two of them. Then Elijah went up into heaven in the whirlwind” (2 Kings 2:1, 11).

What an honour! Elijah didn’t even experience death. He went from this earth into heaven with the Lord. This shows me God’s grace so much. Elijah made mistakes, but he received the Lord’s correction and became even more effective for Yahweh.

“Elijah was a man with a nature like ours: yet he prayed earnestly that it would not rain, and for three years and six months it did not rain on the land. Then he prayed again, and the sky gave rain and the land produced its fruit” (James 5:17-18).

“Elijah was a man with a nature like ours”. He was an ordinary man with the Spirit of the Living God at work within him, just like those who are in the family of Jesus have. He was no different than us. He drew close to the Lord and did as He led him to do. We too can have an effective life for the Lord if we choose to receive His rebukes and corrections, take the time to know His voice, and follow His ways.

The wilderness experience was a time-out for Elijah to reset his priorities and perspectives. It was a time to rest and strengthen himself from the climactic signs and wonders the Lord performed through him. It was a place where the Lord gave him his next steps.

Don’t undermine your wilderness experience and your humble beginnings. It is in these moments that the greatest growth and transformation takes place.

1 Kings 18 40 days and 40 nights Elijah Elijah and the sacrifice Elijah and the widow Elijah in the cave humble beginnings In the wilderness Waiting on the Lord
Share this: 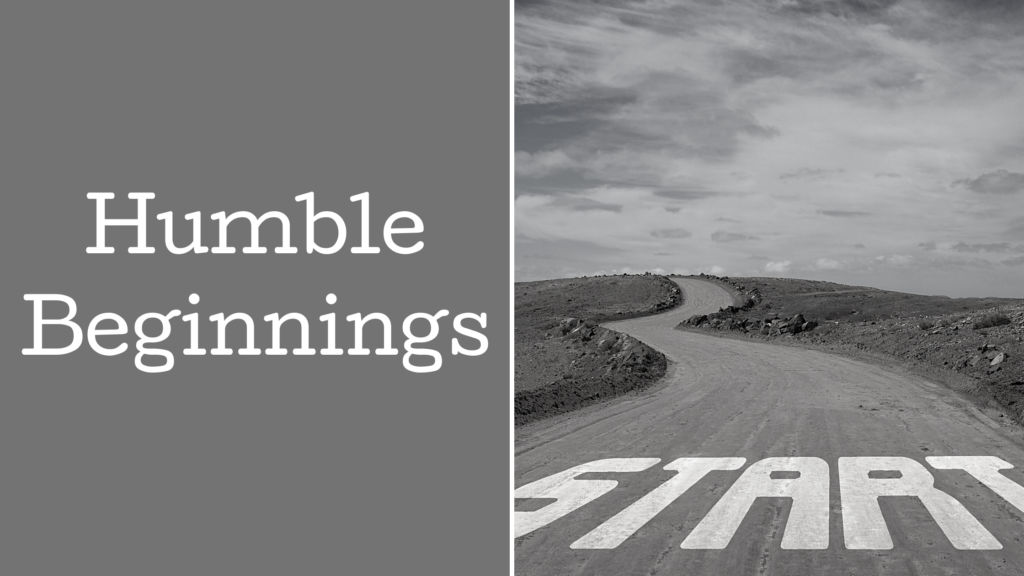 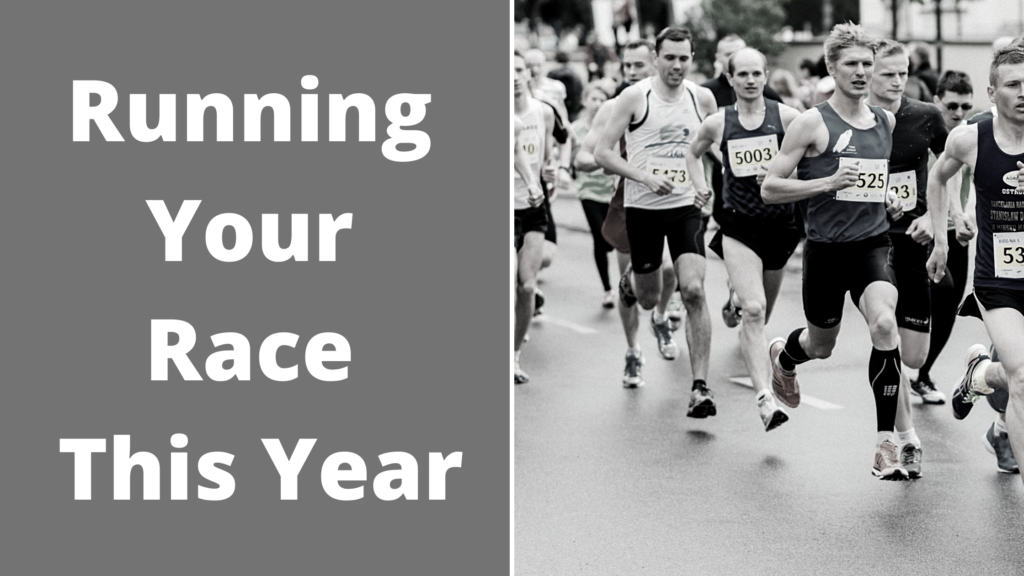 Running Your Race This Year