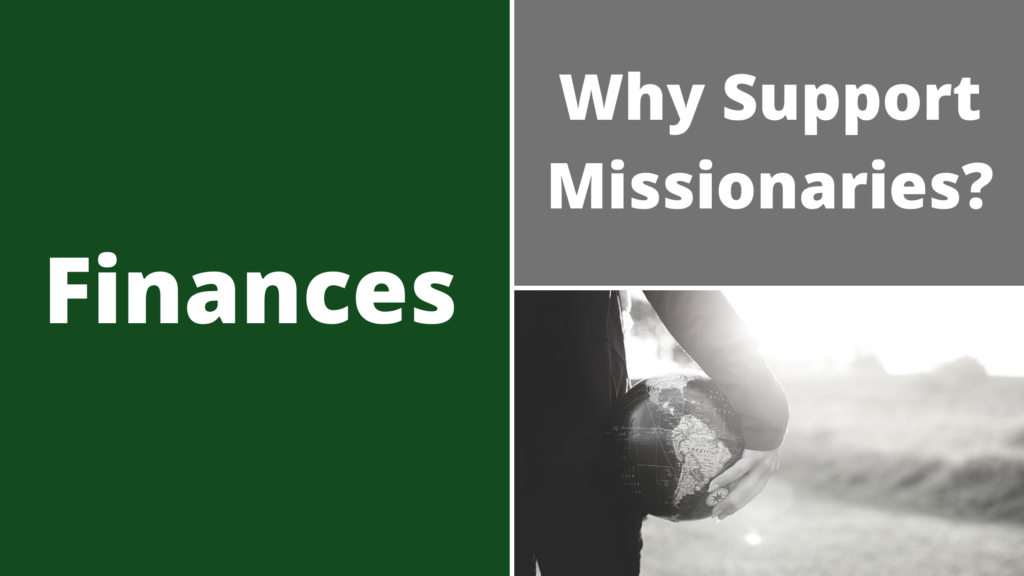 Do you ever find it hard to know whether to support missionaries or not? And if so, which ones to choose from? There’s a host of options out there and it can be overwhelming when there are so many needs. As I shared in last month’s finance post, it is good to be generous with our money because it is ultimately God’s and not ours.

We are also called to support missionaries. It is important for Christians to continue this, in order to get the gospel out to the world. There are still people being called to the mission field. There are lots of resources for people to find out about Jesus, but nothing is better than having a person to connect with, ask questions, and be discipled by. Jesus called Christians to go throughout the whole world, not technology.

“Go, therefore, and make disciples of all nations, baptizing them in the name of the Father and of the Son and of the Holy Spirit, teaching them to observe everything I have commanded you. And remember, I am with you always, to the end of the age.” – Matthew 28:19-20

“But you will receive power when the Holy Spirit has come on you, and you will be My witnesses in Jerusalem, in all Judea, and Samaria, and to the ends of the earth.” Acts 1:8

There are fascinating things happening that you can hear about if you’re connected to missionaries. People are having dreams about Jesus and getting saved. Then the Lord gives them a name and they find Christians in their country to disciple them further. The sick are being healed. The persecuted are being protected. The dead are being raised. When we are connected to missionaries, we are reminded and aware of the spiritual warfare going on, but also extremely encouraged about lives coming to Christ and Holy Spirit boldly working among people. He is still as alive today as He was from the beginning.

I realize that we can’t all go into full-time missions. We are all called to share the gospel and be missionaries to some extent, but a lot of us can’t or aren’t called to do it as a vocational role. That’s on purpose. We are a team in this.

After having experienced many short-term trips, and even going through candidacy training to become a full-time missionary at one point, I began to understand the importance of having a team support me. It isn’t just about people paying for me to share the gospel. It’s about the family of Jesus praying for, encouraging, and financially supporting our brothers and sisters who have been called to the “front lines”. And that’s exactly what it is. Anyone in full-time ministry experiences a greater spiritual battle. A wise person once told me that if you’re in ministry, the enemy seeks to take you down. Because if he can get to you, he’ll most likely take down your followers as well. It’s tough to be a pastor, missionary, or ministry worker. They need your support and encouragement as much as possible.

This is why God calls some to stay home and work in businesses. So that we can make money in order to tithe to the church and give alms to missionaries and organizations that are sharing the gospel and love of Jesus with the world.

The apostle Paul had a great experience with the Philippians church in this. He oftentimes would work and pay for himself and his disciples, so that he wouldn’t be a burden to anyone. This is where business-as-missions has begun to develop in recent years, especially because the church isn’t supporting missionaries like they used to. Many have lost sight of this.

But it brought great relief to Paul when the Philippians would help.

“I rejoiced in the Lord greatly that once again you renewed your care for me …And you Philippians know that in the early days of the gospel, when I left Macedonia, no church shared with me in the matter of giving and receiving except you alone. For even in Thessalonica you sent gifts for my need several times. Not that I seek the gift, but I seek the profit that is increasing to your account. But I have received everything in full, and I have an abundance. I am fully supplied, having received from Epaphroditus what you provided – a fragrant offering, an acceptable sacrifice, pleasing to God. And my God will supply all your needs according to His riches in glory in Christ Jesus” – Philippians 4: 10a, 15-19

No one but that one church cared for Paul’s needs. He continued throughout his epistle letters to encourage the other churches to care like this, especially for the persecuted churches that were struggling. He was so encouraged by it. Not for his own receiving, but also for the blessings that God would give that church in return. The Lord would continue to supply their needs, so that they could supply for Paul’s and the other missionaries.

Crossworld, the mission organization I worked with, helped us understand this concept using a portion of Elijah’s story when he went to help the widow and her son. They were about to die, after eating one last loaf of bread, from starvation. There was a famine in the land and they had run out of food, except for a “handful of flour in the jar and a bit of oil in the jug”.

Elijah asked her to still bring him a glass of water and a small loaf. They could return to their house at that point and eat. Then Elijah said to her, “Don’t be afraid; go and do as you have said. But first make me a small loaf from it and bring it out to me. Afterward, you may make some for yourself and your son, for this is what the LORD God of Israel says, ‘The flour jar will not become empty and the oil jug will not run dry until the day the LORD sends rain on the surface of the land’ … The flour jar did not become empty, and the oil in the jug did not run dry, according to the word of the LORD He had spoken through Elijah” – 1 Kings 17:13-14, 16

Both Elijah and Paul rejoiced at the faithfulness of the obedience of the people that gave. The Philippian church continued to give to Paul, even through their persecution. The widow of Zarephath didn’t go without and continued to feed and provide for Elijah while he stayed there until the rains came and nourished the land again.

The Lord will do the same for you. He will “supply all your needs according to His riches in glory in Christ Jesus” Philippians 4:19.

Be wise and pray about who to support. Even if you feel like you have little, if the Lord lays a missionary on your heart to support, do it. Know that God will keep your ‘jar and jug’ filled in order to meet the missionaries’ needs.

I know some people have a hard time thinking about supporting someone long term. How do you know if you’ll have enough? What if the missionary doesn’t do his or her job? What if they get lazy? What if the ministry isn’t effective? What if…?

Set a one-to-three-year commitment with someone. Re-evaluate with them at that time. It’s okay to hold them accountable as well. Be sure to pray for them, reach out with an email, card, phone call, or video chat. Ask them how they’re doing. Help meet their needs above the financial support. Remind them that they aren’t alone out there.

Pray about who you can support and come alongside this year. Are there missionary requests stacking up? Is your heart being pulled to one or two of them? Seek the Lord and make the commitment. Then watch and see how the Lord provides for you in order to give to them. Then stick to that promise. God will amaze you. 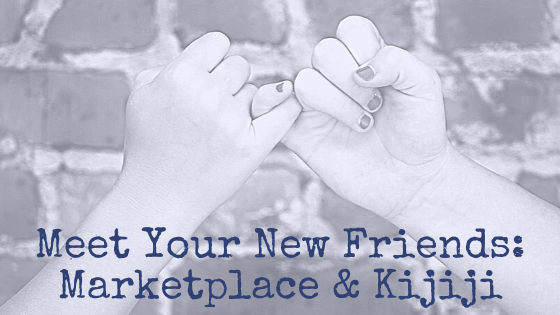 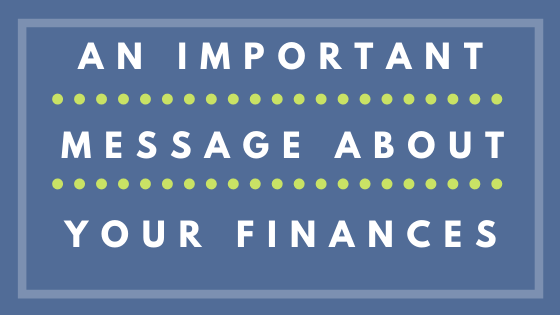 An Important Message About Your Finances