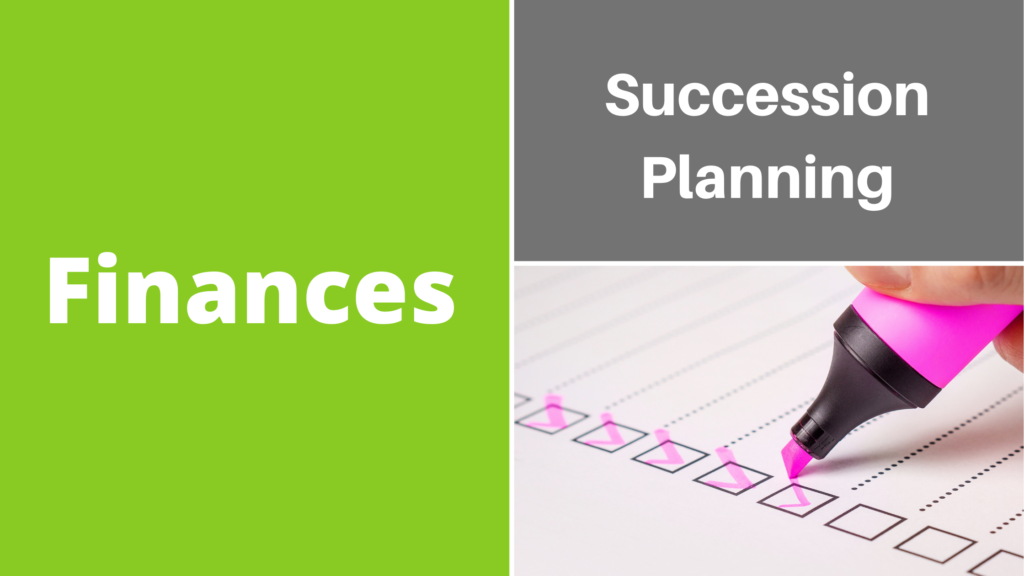 Did you know that the Bible is full of examples of succession planning? There’s so much you can learn for faithful stewardship in Scripture that can be applied to personal, business, and ministry endeavours.

Succession planning is critical in all of these areas. You are called to leave an inheritance for your children’s children in your personal finances. In order for your business or ministry to continue to grow and thrive, you need to be training up the next leader to take over, so that the vision, mission, and values that the Lord started you with will hold strongly. You’re also called to disciple younger Christians in the faith in order that the gospel will carry on from one generation to the next, welcoming new ones into the family and strengthening believers in their relationship with Jesus. We’re going to take the next couple of financial posts to explore these ideas more.

King Solomon shared part of his wisdom in Ecclesiastes 2 regarding this.

“I said to myself, “Go ahead, I will test you with pleasure; enjoy what is good.” But it turned out to be futile. 2 I said about laughter, “It is madness,” and about pleasure, “What does this accomplish?” 3 I explored with my mind the pull of wine on my body—my mind still guiding me with wisdom—and how to grasp folly, until I could see what is good for people to do under heaven during the few days of their lives.”

Solomon began testing theories and pleasures of this world to see what would bring enjoyment, gain, and contentment to himself. But drunkenness and basic pleasure wasn’t enough. Nothing satisfied the itch of desire.

“4 I increased my achievements. I built houses and planted vineyards for myself. 5 I made gardens and parks for myself and planted every kind of fruit tree in them. 6 I constructed reservoirs for myselffrom which to irrigate a grove of flourishing trees. 7 I acquired male and female servants and had slaves who were born in my house. I also owned livestock—large herds and flocks—more than all who were before me in Jerusalem. 8 I also amassed silver and gold for myself, and the treasure of kings and provinces. I gathered male and female singers for myself, and many concubines, the delights of men. 9 So I became great and surpassed all who were before me in Jerusalem; my wisdom also remained with me. 10 All that my eyes desired, I did not deny them. I did not refuse myself any pleasure, for I took pleasure in all my struggles. This was my reward for all my struggles. 11 When I considered all that I had accomplished and what I had labored to achieve, I found everything to be futile and a pursuit of the wind. There was nothing to be gained under the sun.”

Since the basic pleasures and the taste of wine weren’t enough, Solomon embarked on accumulating great wealth, power/status, people, and land. He did everything that the world finds achievement in and yet found it all worthless. Most of us would be inspired and driven by all that he did and accumulated even today. So why was it all a big waste of time?

For starters, as you can see at least seven times in the passage above, it was all for self gain and ambition which led to a dead-end road. There’s no joy or contentment in selfishness because as Solomon shares many times in the book of Proverbs, it all leads to emptiness and destruction.

Since amassing wealth didn’t work, he thought he’d consider the mind and the wisdom the Lord blessed him with.

“12 Then I turned to consider wisdom, madness, and folly, for what will the king’s successor be like? He will do what has already been done. 13 And I realized that there is an advantage to wisdom over folly, like the advantage of light over darkness.

14 The wise person has eyes in his head,
but the fool walks in darkness.

Yet I also knew that one fate comes to them both. 15 So I said to myself, “What happens to the fool will also happen to me. Why then have I been overly wise?” And I said to myself that this is also futile. 16 For, just like the fool, there is no lasting remembrance of the wise, since in the days to come both will be forgotten. How is it that the wise person dies just like the fool? 17 Therefore, I hated life because the work that was done under the sun was distressing to me. For everything is futile and a pursuit of the wind.”

Solomon didn’t find wealth or wisdom to amount to much at the end of the day. Wisdom is much greater than folly or wealth. It is life giving and illuminating. It can also be passed on to someone else if he chooses to listen and accept it. He can teach his successor how things should work but he can’t give his full wisdom away. There are things the successor will have to learn on his own. So even in this, Solomon counted all that he had as invaluable in light of eternity.

How does all of this fit succession planning? Let’s keep looking at the passage.

24 There is nothing better for a person than to eat, drink, and enjoy his work. I have seen that even this is from God’s hand, 25 because who can eat and who can enjoy life apart from him? 26 For to the person who is pleasing in his sight, he gives wisdom, knowledge, and joy; but to the sinner he gives the task of gathering and accumulating in order to give to the one who is pleasing in God’s sight. This too is futile and a pursuit of the wind.”

In the end, Solomon realized the importance of hard work – “Who can eat and who can enjoy life apart from [God]?” Everything was given to him from the Lord. All he ate, drank, and his work was for God’s purposes. So, Solomon learned that he was to enjoy his labour because it was beneficial for greater reasons than himself.

In turn, everything he accumulated would be passed on to the next leader. Solomon realized that it shouldn’t go to someone who, “has not worked for it, this too is futile and a great wrong.” Your successor needs to work alongside you to earn the inheritance (of any kind), because this will teach him the skills and reasons of why you do what you do. He’ll learn how to become a faithful manager of it, and will help it to continue to grow after you’re gone. He will have learned the value of your business and your hard labour, and will respect you for it.

Pray about who to mentor and wait until you find the right person the Lord desires to come after you. Note too that Solomon warned about putting a successor in place that doesn’t follow the Lord. If you do, it’ll be taken from that person and given to someone else that does. Choose wisely and seek the Lord’s counsel. It’s a very important decision you’re making.

We’ll look at some actual examples of succession plans next month. 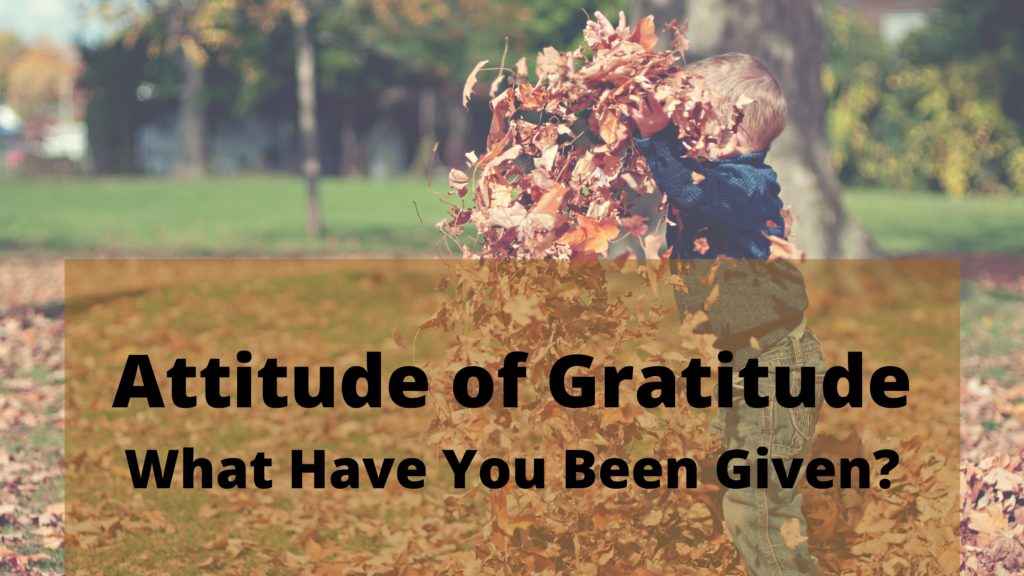 Attitude of Gratitude – What Have You Been Given? 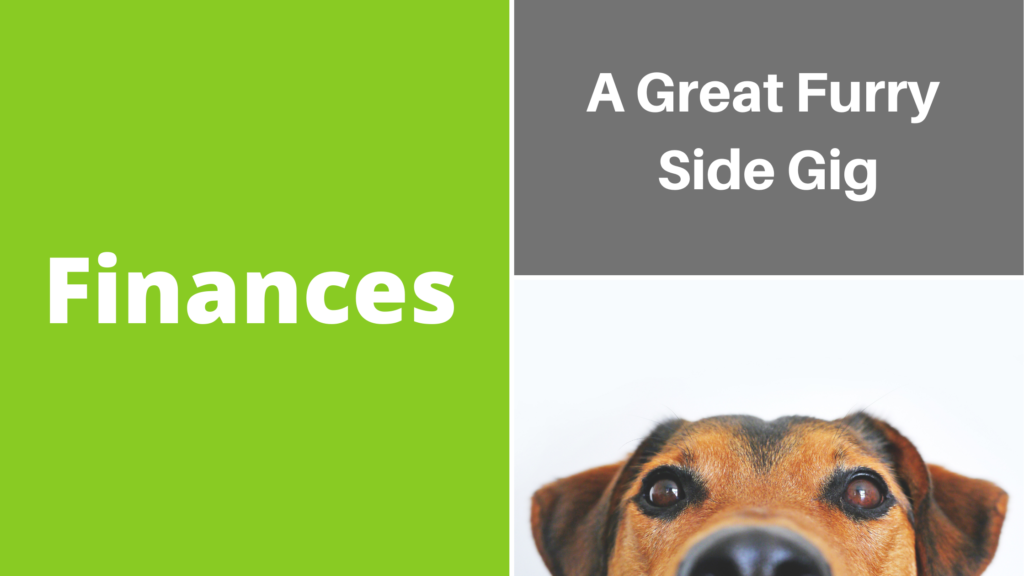 Finances – A Great Furry Side Gig