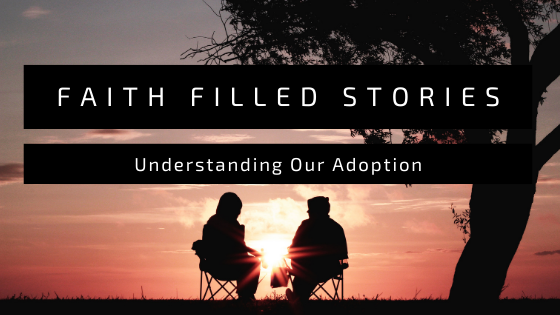 To those who have adopted or are considering adoption, I think it is fascinating to realize that you were adopted as well. If you are a child of God, then you were adopted the moment you said yes to a relationship with Jesus. You are a chosen child of God. Wow! What a thought. The Almighty, most powerful and only true deity in the entire universe has chosen you. You are worthy, special, gifted, privileged.

When we understand our own adoption, we can then help our children understand the gift of adoption as well.

Israel is God’s chosen people. He loved them and raised them up to be His children and light to the world. They were supposed to be an example for the nations to follow. To show them His power, privilege, and provisions; The living God’s love and mercy. But they failed miserably. I don’t blame them. They were living under the Law. A mirror that showed them their sin more than the grace of God. Especially so when the priests added countless other rules on them.

As time went on and the Israelites journeyed further and further from the truth and their relationship with God, He decided it was enough. He had warned them and their consequences were coming into reality. He loved them dearly and needed to discipline His children in order to correct their ways and turn their hearts back to Him.

In the meantime, God decided it was time to introduce Jesus and the New Covenant of grace. It was time for the entire world around the Israelites to experience a taste of what life with the Lord was like. The Gentiles were thirsty for it. They longed to hear the Good News. And all who accepted it were adopted into the family of God. Rejoice brothers and sisters. That means you too!

“For the Lord will have compassion on Jacob and will choose Israel again. He will settle them on their own land. The foreigner will join them and be united with the house of Jacob. The nations will escort Israel and bring it to its homeland.” Isaiah 14:1-2a

It’s amazing that we are counted into the house of God; that we will help escort His children home.

“You are to divide this land among yourselves according to the tribes of Israel. You will allot it as an inheritance for yourselves and for the foreigners living among you, who have fathered children among you. You will treat them like native-born Israelites; along with you, they will be allotted an inheritance among the tribes of Israel. In whatever tribe the foreigner lives, you will assign his inheritance there. This is the declaration of the Lord God.” – Isaiah 47:21-23

Not only are we now considered His children, but we will also take part in the inheritances as well. It makes me wonder which tribe I’ll be a part of. One of Rachel’s kids perhaps? (You know, with the whole name association, and the warrior type spirit within me. Haha One can imagine)

These are exciting passages. They stir my heart with joy as I think about what is to come. Kingdom driven. Jesus focused. Empowering truth.

There’s another passage that I’ve held dear while thinking of this adoption mindset. As Michael and I have journeyed through our infertility, the thought of us being adopted has grown in me. At some point along the way, I discovered Romans 11 anew.

Paul was telling the Roman church that God has blinded the eyes of the Israelites for a time. Yes, there are definitely some that have chosen the gospel of grace rather than the law. Hallelujah that they have! However, the majority are still lost in the Old Covenant regulations. In the meantime, the Lord has allowed the ministry to the Gentiles to flourish, for a time. Paul continues to explain,

“If I can somehow make my own people jealous and save some of them. For if their rejection brings reconciliation to the world, what will their acceptance mean but life from the dead? Now if the firstfruits offered up are holy, so is the whole batch. And if the root is holy, so are the branches.” Romans 11:14-16

In other words, the sacrifice of some of the Jews unbelief is allowing the rest of the world to understand the hope and grace offered to us through Jesus Christ, the Root.

“Now if some of the branches (Jews) were broken off, and you, though a wild olive branch (Gentiles), were grafted in among them and have come to share in the rich root of the cultivated olive tree, do not brag that you are better than those branches. But if you do brag – you do not sustain the root, but the root sustains you. Then you will say, “Branches were broken off so that I might be grafted in.” True enough; they were broken off by unbelief, but you stand by faith. Do not be arrogant, but be afraid. For if God did not spare the natural branches, He will not spare you either. Therefore, consider God’s kindness and severity: severity towards those who have fallen but God’s kindness toward you – if you remain in His kindness. Otherwise, you too will be cut off. And even they, if they do not remain in unbelief, will be grafted in, because God has the power to graft them in again. For if you were cut off from your native wild olive and against nature were grafted into a cultivated olive tree, how much more will these – the natural branches – be grafted into their own olive tree?” Romans 11:17-24

God will do whatever He has to in order for the gospel to reach the world and be received. This passage is not saying that you can lose your salvation. That is eternally yours to keep my friend. But just like the Jews, we will be disciplined if we allow this privilege to be overcome by pride and arrogance. We are to humbly receive this immense gift of adoption through Jesus Christ, and keep in mind that it is truly a privilege and honour.

Jesus loved us enough to count us as worthy into the family of God. You count your little one as worthy to join your family as well. It is a cherished position. You were picked among many to join this special family. It is a new gift of life. A chance to flourish and grow. A chance to live a life of kindness, love, and grace for others. Your story is written into a beautiful family tree.

“I am the vine; you are the branches. The one who remains in Me and I in him produces much fruit, because you can do nothing without Me.” John 15:5

Soak in the richness of the nourishment Christ offers. Be grounded deep into the roots of our family tree. Produce much fruit understanding where you came from. Then go and bless someone else who needs to be “grafted in” to your family tree too. 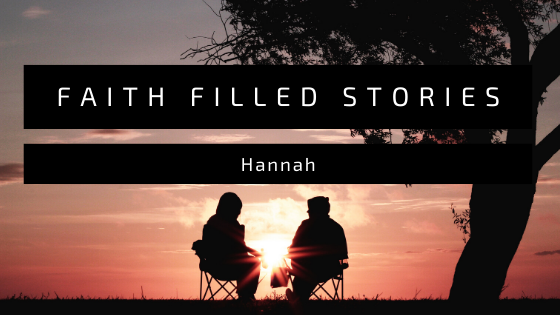 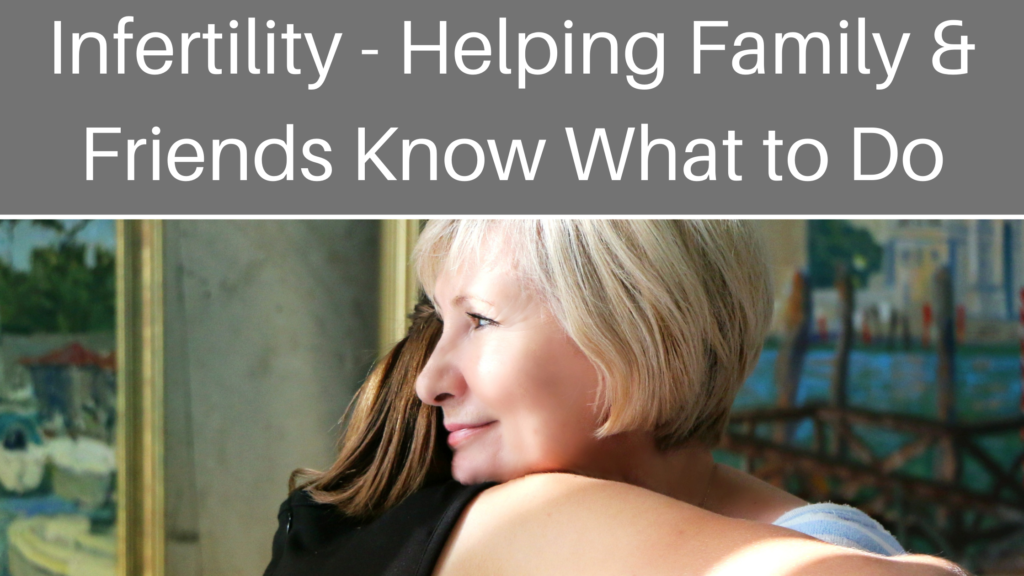 Infertility – Helping Family and Friends Know What to Do