God instructs us as Christians to live a certain way of life. One that shows love to Him and to others. One way to express that love is by hospitality.

Today’s story brings us to 2 Kings 4. Elisha was traveling around, prophesying and ministering to different people’s needs in a difficult time. Each time he traveled through a place called Shunem, a prominent woman of the village would welcome him into her home and feed him.

Though Shunem was located in the tribe of Issachar in Israel, it had a lot of pagan worship. Philistines tended to live there, which could have explained the mixed culture.

This Shunammite woman wanted to honour Elisha. “She said to her husband, ‘I know that the one who often passes by here is a holy man of God, so let’s make a small room upstairs and put a bed, a table, a chair, and a lamp there for him. Whenever he comes, he can stay there.” (2 Kings 4:9-10).

The Lord noticed her care and hospitality towards others. This woman was honouring the Lord by being hospitable towards His servant. She and her husband were attending to Elisha’s needs and not expecting anything in return.

Elisha wanted to bless the woman in return, but being a prominent woman, she had all she needed. Except one thing. She didn’t have children.

The Shunammite woman’s husband was getting old. In Biblical times, this was huge. The husband provided for the household. When he died, the son or children were supposed to provide for their widowed mother. Since the woman didn’t have any children, this posed as a significant problem.

Elisha told the woman, “at this time next year you will have a son in your arms. Then she said, ‘No my lord. Man of God, do not deceive your servant” (2 Kings 4:16-17). In other words, she was telling him to not play with her heart.

“The woman conceived and gave birth to a son at the same time the following year, as Elisha had promised her.” (2 Kings 17).

God blessed this honourable woman with a son to take care of her. By her hospitality and service to the Lord through Elisha, she was faithful to the God of Israel instead of the pagan gods around her. She chose to stay steadfast and serve Him even though her greatest desires were left unfulfilled. Then, by God’s great mercy, she had a son.

You would think the story ends peacefully there. She had what she desired and life was good. Her son grew up and helped his father in the field. A field he should take over some day. But just because our faith is tested once doesn’t mean it won’t be tested again. Just because we do something great for God, doesn’t mean that we won’t face hardship again.

“The child grew and one day went out to his father and the harvesters. Suddenly he complained to his father, ‘My head! My head!’

His father told his servant, ‘Carry him to his mother. The child sat on her lap until noon and then died. Then she went up and laid him on the bed of the man of God, shut him in, and left.” (2 Kings 18-21)

I can’t imagine her aching heart. It didn’t say that she had any other children. Her only son had died. The one that was supposed to grow old and take care of her. Her miracle baby was gone.

My heart would be devastated. I would have so many questions for God amongst the heavy grief of loss. What was the point of the child’s life if he wasn’t to fulfill the Lord’s plans and provide for the family? How would she survive? How did he die? What should I do?

Instead of wasting any time mourning, this great woman of faith asked her husband for a servant and a donkey. She was off to see Elisha. Her husband concerned at her request wondered what was up. She simply told him that “everything is all right” (2 Kings 4:23). She wanted to protect her husband’s health. She also stood in faith that the Lord was going to redeem this situation. She wasn’t trying to lie to her husband. She believed it to her core. This was a test of faith and she was going to continue to be found honourable to the Lord.

Elisha’s servant saw the woman coming from afar and tried to find out what was going on. She had ridden approximately 15-20 miles on a donkey to get to Elisha who was at Mount Carmel. She told the servant the same thing she had informed her husband.

Then, when she knew she had reached the person that could help, the Shunammite woman fell at Elisha’s feet and clung to him. The servant, I’m sure confused, tried to pull the woman away. Elisha, being close to the Lord and knowing the woman, could tell that she was hurting. He told his servant, “Leave her alone – she is in sever anguish, and the LORD has hidden it from me. He hasn’t told me.

Elisha sent his servant with his staff and had him run ahead to lay the staff on the boy’s face to see if it would revive him. But it failed to work. Eventually, Elisha and the woman reached the house. He and his servant entered the room and Elisha laid on the boy face to face, hand to hand. He could feel the warmth return to the boy’s body, but he still wasn’t conscious.

“Elisha got up, went into the house, and paced back and forth. Then he went up and bent down over him again. The boy sneezed seven times and opened his eyes.

Elisha called Gehazi (his servant) and said, ‘Call the Shunammite woman.’ He called her and she came. Then Elisha said, ‘Pick up your son.’ She came, fell at his feet, and bowed to the ground; she picked up her son and left.” (2 Kings 35-37).

This woman’s faith was incredible. She had peace and believed that her son’s life wasn’t over. She knew that the God of Israel could restore life to her son, and He did. The Lord showed favour and honoured her for her faith in Him. She knew exactly who to go to as well. She didn’t bother her husband or Elisha’s servant. She went to the man who had a close relationship with the Lord.

As I write that, I feel led to encourage you today to seek the counsel of wise servants around you. We are told that, “Without guidance, people fall, but with many counselors there is deliverance”. (Proverbs 11:14).

Be faithful in what the Lord asks of you. Serve Him with your whole heart expecting nothing in return. Seek the wisdom and counsel of God-fearing men and women to help guide you in your fertility decisions. Pray together and seek the Lord’s direction. He will show you and bring you peace in whatever plans He has for you. 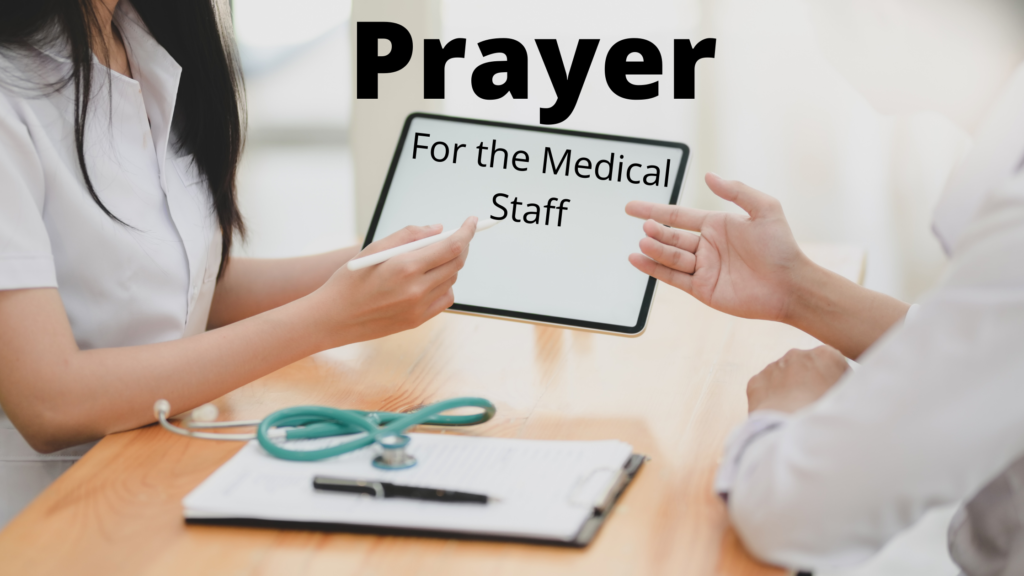 Prayer – For the Medical Staff 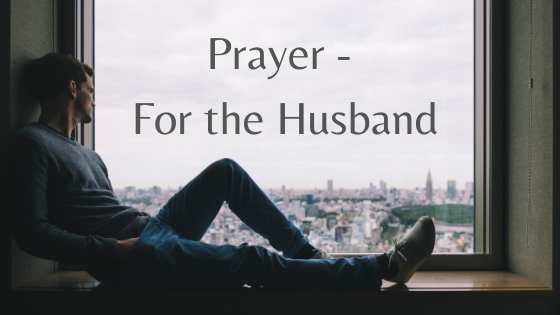 Prayer – For the Husband