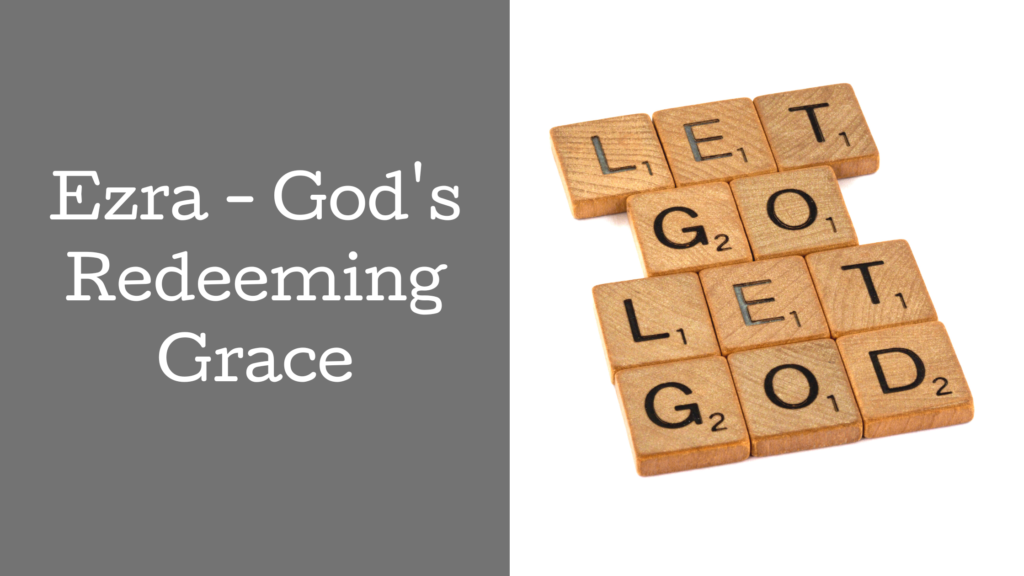 As I prepare for the Ladies of Grace Conference at New Brunswick Bible Institute on Oct 14-15, I have been in awe of the message of God’s redeeming grace that He is teaching me. It is exciting and overwhelming, and has brought me to my knees in humble thanksgiving many times this past month. Story after story has come to me on this topic.

The Lord knows that we are slow to understand His teaching most times, so He confirms His lessons by persistently bringing it to light by way of His Bible, people, and circumstances.

When there was something important the Lord wanted His followers to hear in the Bible, He would repeat the word two to three times to draw attention to it. He continues to do this in our present lives as well. This message of redeeming grace continues to come up in my daily reading, in testimonies I’m listening to, and in my own life’s circumstances.

Recently, my personal time with the Lord in the Bible has been in Ezra. With this theme in mind, I thought I’d share the next series of blog posts based on what I’ve personally been learning in my time in this book. I opened my Bible to prepare for this lesson and read the verse that my commentary highlighted to best describe this book.

“Though we are slaves, our God has not abandoned us in our slavery. He has extended grace to us.” Ezra 9:9a. There it is again. God’s redemptive grace.

The Lord had brought His judgement on Israel and Judah for relentlessly provoking Him and turning against Him by worshipping idols and practicing the heinous ways of the foreigners around them. The Assyrian king took the Israelites into captivity, and then King Nebuchadnezzar of Babylon brought Judah into captivity after that. The nation of Israel spent over 70 years in exile by the time the book of Ezra started.

However, the Lord never left His people without hope. He gave His future plans to the Israelites through His prophets and told them that He would lead them back home after they received their time of discipline.

“For this is what the LORD says:

The Lord spoke these declarations by the prophet Jeremiah during the time the Jews were being sent into captivity to Babylon.

The Lord raised up King Cyrus of Persia to take over Babylon when the Israelites’ time of judgement ended. Though he served other gods as well, King Cyrus had high respect for, “The LORD, the God of heaven.” Ezra 1:2. The Lord softened Cyrus’ heart and gave him the command to send His people home to rebuild the temple in Jerusalem so the Lord’s name could dwell there. Cyrus obeyed and sent anyone who was willing to return to Jerusalem in 537 BC. Approximately 42,000 Jews returned.

Ezra was an appointed governor of Judah by King Artaxerxes of Persia. He led the second group of Israelites back to Jerusalem in 458 BC. The building of the temple had stopped, so Ezra felt led by God to go to Jerusalem to see it accomplished. He was raised in Babylon and had never been to the promised land. He wrote this book in 425 BC and recorded what the first two groups of Jews returning from exile did.

Journey with me over the next several weeks as we explore this great book and see the Lord’s redemptive grace in leading His people home. I’ll be highlighting the character of God as it stands out in the text and any way that His people honoured Him in it, as this has been the primary focus of my personal study. 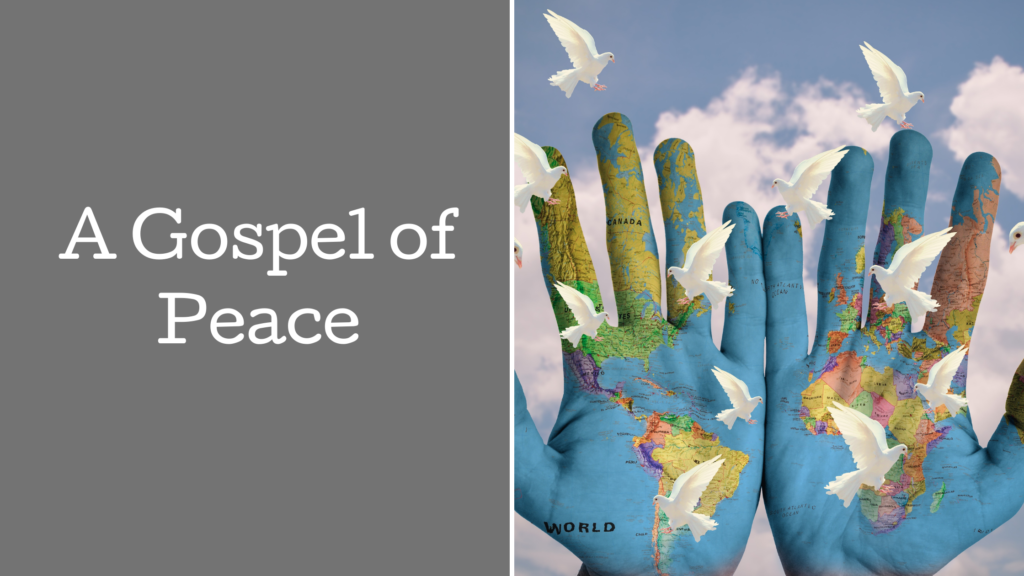 A Gospel of Peace