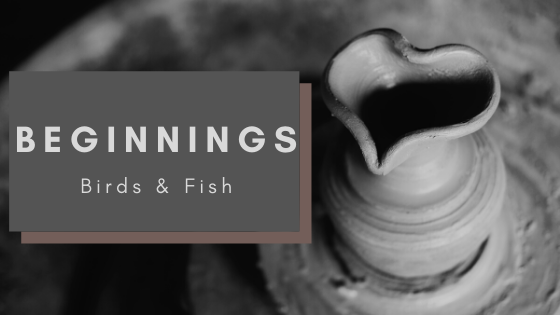 You wake up to the cooing of the mourning doves outside your window. You look out to see the cardinals and sparrows pecking away at the bird seed you placed in the feeder. The sun begins to rise. A new fresh day has begun.

“Then God said, “Let the water swarm with living creatures, and let birds fly above the earth across the expanse of the sky.” So God created the large sea-creatures and every living creature that moves and swarms in the water, according to their kinds. He also created every winged bird according to its kind. And God saw that it was good. So God blessed them, “Be fruitful, multiply, and fill the waters of the seas, and let the birds multiply on the earth.” Evening came and then morning: the fifth day.” – Genesis 1:20-23

I think God had fun designing all of these creatures. He could show off His array of colour palate and creativity in all the different fish and birds. I’m sure He had a good chuckle when He designed some of them. For example, the anglerfish with a light above its head or the Toucan bird. He also created each one of them with specific purpose and tasks to do.

“After 40 days Noah opened the window of the ark that he had made, and he sent out a raven. It went back and forth until the waters had dried up from the earth. Then he sent out a dove to see whether the water on the earth’s surface had gone down, but the dove found no resting place for her foot. She returned to him in the ark because water covered the surface of the whole earth. He reached out and brought her into the ark to himself. So Noah waited seven more days and sent out the dove from the ark again. When the dove came to him at evening, there was a plucked olive leaf in her beak. So Noah knew that the water on the earth’s surface had gone down. After he had waited another seven days, he sent out the dove, but she did not return to him again.” – Genesis 6:6-12

Birds were the safest creature that Noah could send out to give him a report. It was the only land creature that would have survived. God gave the raven and dove specific purposes in this instance; to give Noah and his family hope and all of creation safety.

He also used Turtledoves and pigeons as objects fit to be used as sacrifices to Him on the altar.

“When the eight days were completed for His circumcision, He was named Jesus—the name given by the angel before He was conceived. And when the days of their purification according to the law of Moses were finished, they brought Him up to Jerusalem to present Him to the Lord  and to offer a sacrifice (according to what is stated in the law of the Lord: a pair of turtledoves or two young pigeons).” – Luke 2:21-24

Then there’s fish and sea creatures. He used a giant fish to teach Jonah a lesson. “Now the Lord had appointed a huge fish to swallow Jonah, and Jonah was in the fish three days and three nights.” – Jonah 1:17

He also used fish to perform a great miracle.

Jesus told Peter to go catch a fish from the water. When he caught it, he was to open its mouth. There were two coins within it to pay Jesus’ and Peter’s taxes.

There are many stories of birds and fish within the text of Scripture. God blessed the creatures and told them to multiply. People take delight in bird watching, scuba diving, and fishing. We are often amused by their creation and the characteristics within them.

Today, as you watch the birds around you, praise the Lord for His great work. Take a moment to watch them feed and nest.

As it is so easy to worry about our current circumstances, be reminded of Matthew 6 today:

“This is why I tell you: Don’t worry about your life, what you will eat or what you will drink; or about your body, what you will wear. Isn’t life more than food and the body more than clothing? Look at the birds of the sky: They don’t sow or reap or gather into barns, yet your heavenly Father feeds them. Aren’t you worth more than they?” – Matthew 6:25-26

God takes care of all of the birds. How much more does He care for you? He will be your provider and caregiver through this time. Rest in Him. Give your anxious thoughts over to Him today. Find strength in His Truth. 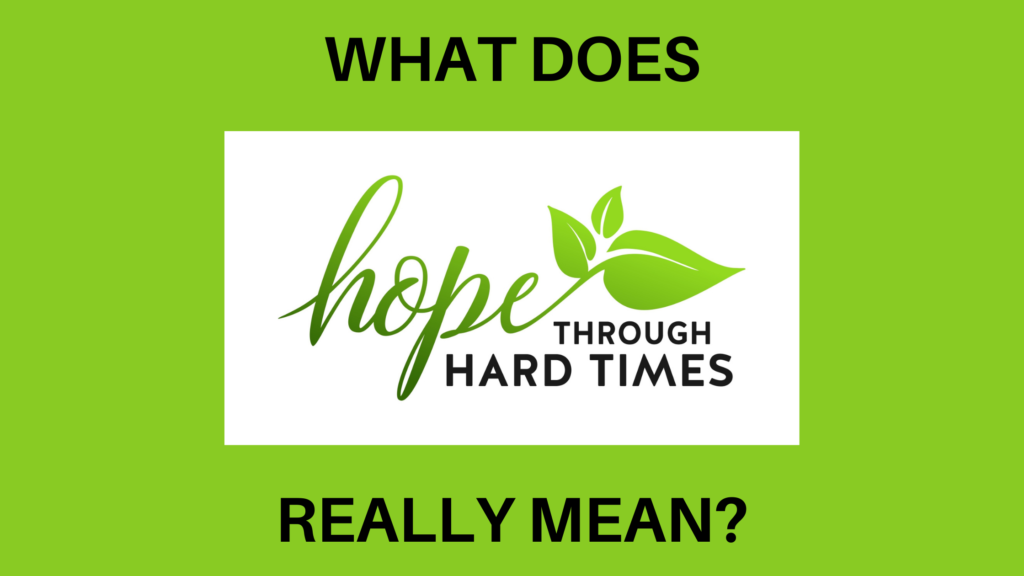 Kindness – It’s Not What You May Think