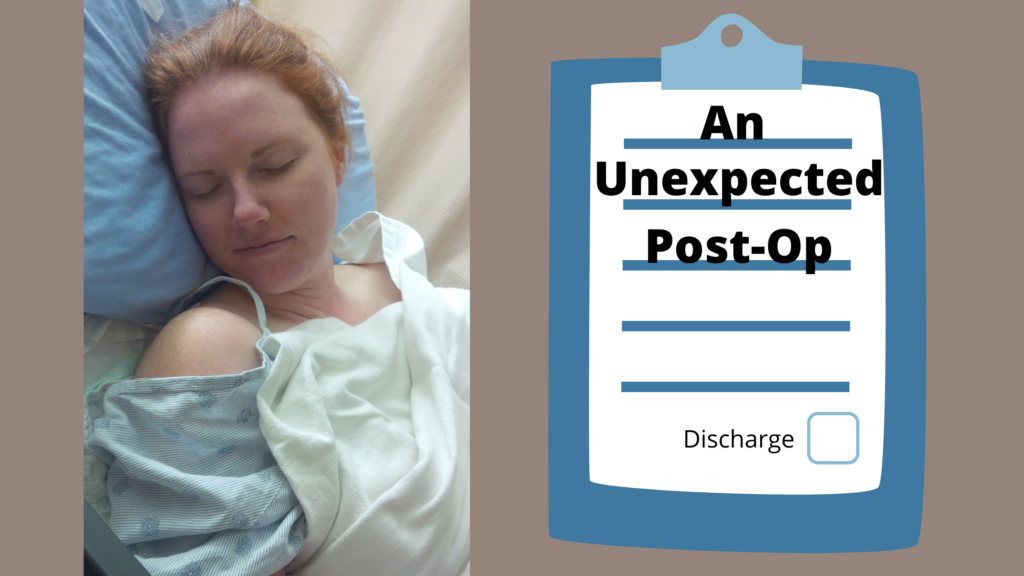 … The next thing I knew, I woke up to a medical team surrounding my bed. They said that I looked like a tomato and asked if I was allergic to tape. I had no idea. They gave me Benadryl and I fell asleep again. I remember waking up after that beside Michael. I asked him what the doctor said about the procedure. He told me that the doctor said it went really well; that the marrow “flowed out of me”. The medical team were all amazed. I nearly sprang up off the bed! “Michael, that’s what I prayed for this morning!” Amazing! God was working and the medical team was noticing.

They discharged me and we headed back to the hotel for the night. I had another appointment the next day at the hospital to have the incisions checked. So, we eased in for the night. The coordinator with One Match had warned me to eat a decent sized meal after surgery, as she had previously had a woman almost faint afterwards. I told her I would.

However, when the evening came, I wasn’t feeling up to it. Between the anesthetic, Benedryl, and Tylenol Three’s, I was feeling quite groggy. I had a protein shake, some fruit, and little snacks. I was still pretty out of it to think about chowing down on a steak or anything. I drank lots of water and called it a night.

I woke up three times in the night to use the washroom. All the fluids had gone through me. The Tylenol Three’s I was taking made me feel a little dizzy, but I was doing well overall. The pain in my back was manageable, so I was happy about that.

I woke up to use the washroom again around 7:00 am the next morning. We had breakfast coming for room service around 9:00 am since we figured we’d sleep in. But behold, my bladder was beckoning for the bathroom again. Michael woke up this time and asked if I was okay. I replied with “yes” a couple of times from the bathroom but he didn’t hear me. I had tape on my arms from where the nurses had drawn blood and given me intravenous. I was taking them off when I suddenly felt really woozy. I sat down on the toilet with Michael beside me sitting on the ledge of the bathtub. I remembered my Dad telling me to put my head between my knees if/when I felt faint. I was in the process of doing that when I passed out.

The next thing I knew, I woke up in the fetal position on the bathroom floor. Michael was kneeling over me, yelling my name and frantically rubbing my back. His eyes nearly bulging out of his head. He was terrified.

Instantly, the verse my mother-in-love shared with me on the drive to the pre-op appointment came to mind, “Do not be afraid of sudden terror …” (Proverbs 3:25) (See the post “To Make a Life or to Save a Life”). It filled me with peace. I looked up at Michael, started to rub his arm and reassured him that it was going to be okay. He thought I was crazy.

He got up and reported to the front desk that I was conscious. Apparently, he had asked them to call an ambulance when I out of it. The hotel manager came up when they arrived to let them in our room. She brought some snacks along for Michael since we wouldn’t have breakfast. My blood pressure was 80/50. The ambulance whisked me away back to the hospital, with Michael following closely behind.

We spent the next six hours in the ER. The doctors were baffled what could be wrong. Maybe something with the surgery? Michael mentioned that I landed on my head when I passed out, but the doctor didn’t think I could get a concussion from that height. Michael was so scared that day. I was mostly too out of it to really feel anything. However, I turned my head from looking at the wall to look at him. Suddenly my heart monitor bell started ringing and I was petrified! I thought the whole bed was tipping over and started to cry. Michael told me that nothing moved. I had only turned my head.

Since I missed my follow-up appt with the bone marrow doctor, she came down looking for me and was surprised to find me in the ER. She discharged me from there and they brought me up to the oncology floor she worked on. I thought they were just going to check my incisions and send me off, but they informed me that I wasn’t going anywhere until they felt comfortable with that decision.

Thankfully, my incisions were fine. The other doctor that helped perform the surgery came and checked on me as well. I thanked him for all his help and told him that everyone on his team was wonderful. But he turned the thanks back to me. He said the surgery had gone perfectly and that the bone marrow flowed out of me!

There it was. I had prayed the morning of the surgery that the Spirit would flow from me to the recipient. The doctor told me that the bone marrow flowed out of me and that the cells were full, large, and beautiful! That was another confirmation that the Lord was reassuring me that He heard my prayers.

Shortly after, Samantha, the nurse coordinator and another lady came by to check on me. She also thanked me and confessed that she, and the entire medical team, ended up reading the letter that I had written to the recipient. She said the entire team was in tears. I was amazed! I had prayed that the medical team would see the Lord working in this donation. I had written the recipient about Jesus and having an abundant life. Now the entire medical team working the case had read and heard about it as well, and saw the Lord’s hand upon it all. Because of my condition, I was able to see everyone and hear of how He was working through it all.

Even though I felt awful, my heart was full and at peace. I was amazed at all I was hearing. I was storing these treasures up in my heart and holding onto the confidence of the Lord that He had my body and this whole situation in His hands.

It took me three weeks, gallons of Gatorade, Pedialyte, IV’s, three ER visits, and four doctors later to find out that I had a concussion. They were all concerned that I was over dehydrated and that something went wrong with the surgery. None of them thought that I could have had a concussion. However, because I hadn’t eaten a big meal the night of the surgery, I didn’t have the sustenance or hydration to strengthen myself. I added to the salt intake by the rib dinner and the swim the night before as well. All leading to less fluid in my head to cushion the fall. Which led to a prolonged concussive state, known as post-concussion syndrome.

But God knew. He assured me from the moment we said yes to saving a life. He began to shine glimpses of His glory and approval throughout the whole story, even in the smallest things like planting “do not be afraid of sudden terror” on my mother-in-love’s and then my heart. He was there, whispering it in my ear, holding me tightly in His arms throughout the whole process.

Even though the journey these past four years has been physically disabling and discouraging, the Lord has still been with us throughout the whole process. Sometimes He likes to take the opportunity to heal our souls before healing our bodies, since our souls and spirits are what matter most. Our bodies are breaking down and decaying, but our souls and spirits last forever.

One of the greatest gifts we were given, was that I received a phone call approximately ten days after the transplant affirming that the donation took for the recipient. The next 90 days or so would be the most critical to see if the recipient’s body started replicating my bone marrow and creating its own.  I received another call in February of 2017. The donation was successful and the recipient was doing well. He or she was out of the worst of it all and beginning to thrive.

We breathed a sigh of relief. The process was worth it all. Michael and I helped to save a life. God gave us the great grace and blessing of that. What a beautiful gift we received. We praised Him with thankful hearts. Although we were fighting for my life in a sense, it was all worth it to hear that someone else now had a second chance at life. In fact, we both did. 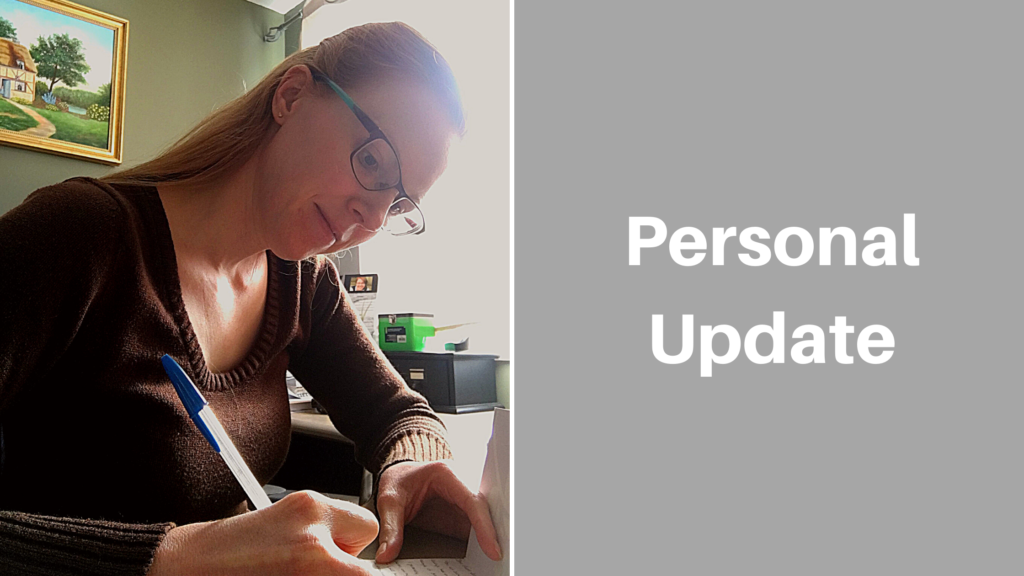 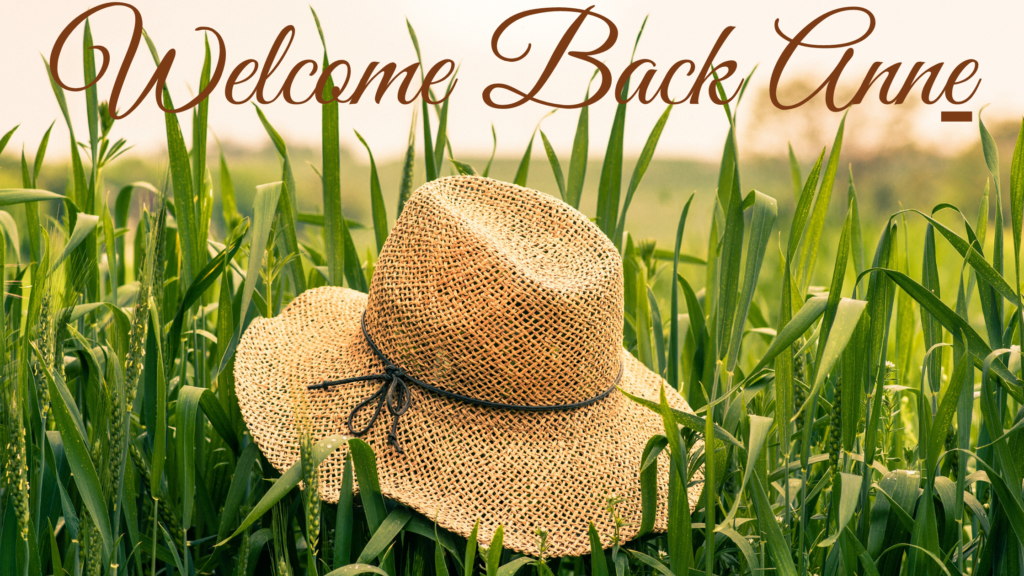