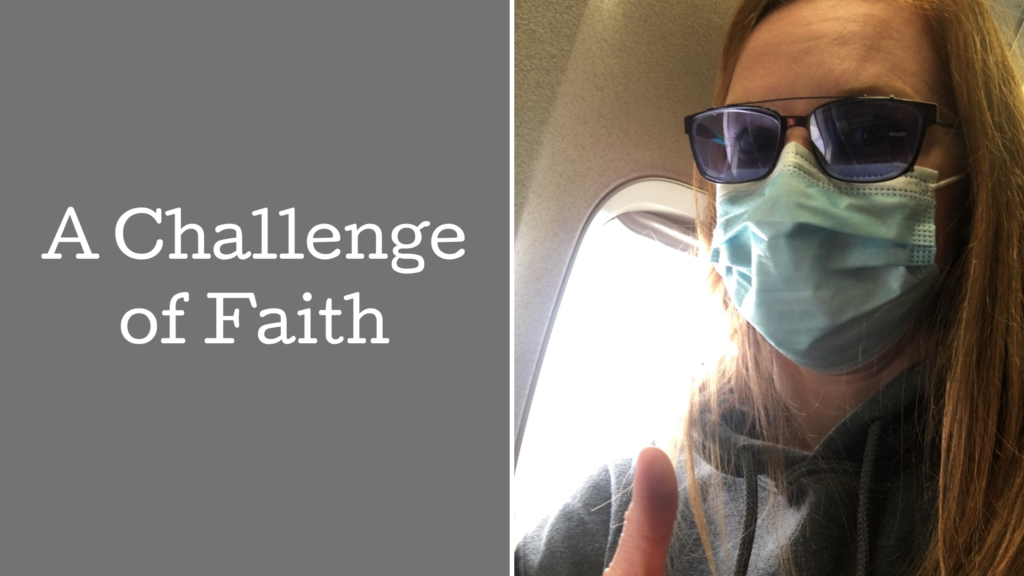 A Challenge of Faith

The Lord gives us exciting opportunities to stretch our faith and trust in Him. Sometimes they are exciting and others gives our nerves a good kick of adrenaline. Either way, it’s up to us to accept the opportunity and explore His lessons and blessings on the other side.

Some of you may have seen on my Instagram and Facebook Stories that I took a trip to Calgary, Alberta a few weeks ago. It was exciting because I was going to see my brother, Trevor, and his family, along with my dear friend Dana. I hadn’t seen Trevor and his family in three and a half years. It had been six years since I had seen Dana as well. She was my matron of honour at my wedding, and has been an incredible friend to me for over 17 years. Getting back to Alberta was a necessity to me because these relationships are some of my most cherished ones and time and distance was pulling at my heart. But I had one major issue that separated that option – my brain injury.

The last time I was in Alberta was two months before my concussion accident. I hadn’t returned since because I my brain didn’t handle travel well. Symptoms like exhaustion, motion sickness, nausea, and headaches plagued me every time I drove in the car for the first few years. It eased off after my vision therapy, but I was still left with the exhaustion and motion sickness. I couldn’t fathom getting on a plane – until this year.

Michael and I started having a chat about me flying to Alberta at the beginning of the year. Other than a heavy dose of exhaustion, most of my symptoms had been resolved. I was no longer working, other than on this ministry and helping around the house. My doctors were still working on getting the last bits of issues dealt with. But to be honest, I was scared. We hadn’t done any long-distance driving in quite a while because it was too taxing on me. How was I going to do this?

The Lord kept pressing it on my heart. Michael encouraged me to trust in the Lord to protect me and take the steps of faith needed. Travel was one of the things I could never let go of/say goodbye to, after my concussion. Something deep down knew that I would do it again, even though it seemed impossible. So, I booked the flights in March, and made sure to get the ones with the cancellations available.

I’ve been reading Tim Tebow’s book, Mission Possible. It is such a good read! He starts chapter two with Mark 10:27, “Looking at them, Jesus said, ‘With people it is impossible, but not with God; for all things are possible with God.” This was the exact reminder I needed. What we think is impossible is so simple to the Lord.

I had been working on getting my thyroid to a healthy state since August of 2021. We were almost there, but was still a bit off, letting the exhaustion hang on. I was also still doing the dry needling appointments. I had asked the doctor when I should start seeing results as nothing “clicked in” yet. He told me it would go from zero to one hundred. One day I’d just wake up and not have symptoms, but it may take a while to get there. Though these things were lingering, I began to feel like this time of all these therapies were coming to an end. What man couldn’t figure out, I needed to trust the Lord to finish.

April 27 arrived and I took off from London airport. The take-off had my head feeling like I was on a rollercoaster. My brain felt a deep pressure and then it would release and repeat. But it was manageable. Before I knew it, the plane was levelled out and I was okay. The landing was a bit rougher. My stomach felt queasy and I wanted to lay on the plane floor to calm my body. My head felt the pressure again and I had feelings of both wanting to not move and yet wanting to run to recalibrate the motion again.

The week of my travel plans approached. As I was praying about getting on the plane, I said to the Lord, “I can’t do this in my current physical state, but I’m trusting You to heal me enough to handle it. I know You want me to go, so I’m choosing to trust You to protect me in this and finish what You’ve started.”

I was able to walk around the airport and was feeling better by the time I got to baggage claim. The excitement of seeing him helped me get through the tiredness. I had warned them that it might take me a couple of days to get to a point of being social again. I slept a fair amount the first day and woke up refreshed the next.

Then the Lord completely amazed us all. I was good. I felt energy like I hadn’t in a very long time. The other symptoms were mostly gone too. I was able to see my nephew, Isaiah’s, first soccer game of the season that day, and play games with the other kids. We attempted to watch a Lacrosse game on the Saturday night. The only thing that really bothered me that night was the depth perception. We sat high up in the stadium and looking down at the game messed with my head. The other symptoms were provoked by the time we left as well, which threw off my balance and I hit my head off of the van when trying to get in.

I instantly cried in anger. However, through my sobs, I told the Lord that I trusted in His healing for me, and believed that this would not affect my brain. I was free from it all and trusted that it would remain well.

The Lord graciously answered our prayers. I was fine the next morning. I went to church with them and attended their baseball game that night. The week was full of adventure and fun. I was able to meet up with Dana and have a couple of blessed hours together. I even spent a couple of hours of play at a swimming pool with Trevor and family, and took my niece, Elisha, down the slide a few times. We had such an incredible time together and I felt amazing!

I stopped by the grocery store and packed snacks for the plane ride. My sister-in-law, Rachel, also made me a meal to eat on the plane as well. Thankfully, no one was in the seats beside me so I stretched out and slept half of the ride. I munched throughout the landing and made it home!

The final test came after that. I wanted to see how quickly I would recover once the excitement waned and all of the traveling was over. But you know, I was good to go the next day. I was tired, but overall didn’t have any symptoms. The Lord had answered my prayers of protection and healing.

I have continued to have more energy and been feeling great. I’ve even started running little stints when out for a walk with Michael and Mac. It is such a gift to feel this way again and to look forward to more possibilities of traveling in the future. Who knows what the Lord all has in store?

The thing is, I never would have known if I didn’t put more trust in the Lord and take the courageous step to try. Listening to the nudges God places on your heart and mind can be scary. He calls all of us to push past our fears, to step away from our comfortable states, and to trust Him to do things we never thought were possible. But there are so many blessings waiting for us when we do. He wants to do the impossible in your life, but He won’t unless you let Him. Because it’s ultimately for His glory and your good. So, He’ll wait until He knows you’re paying attention so that the awe factor will be that much greater, resulting in greater praise, thanks, and testimony of His goodness.

So, what’s He nudging your heart to do? Is there something you’ve been feeling led towards but have been afraid to try? Do you need someone to encourage and challenge you? Someone to hold you accountable to see it through? Send me a message. I’d be thrilled to cheer you on through it.

a step of faith challenging your faith God provides at the perfect time Taking a leap of faith Testimonies
Share this: 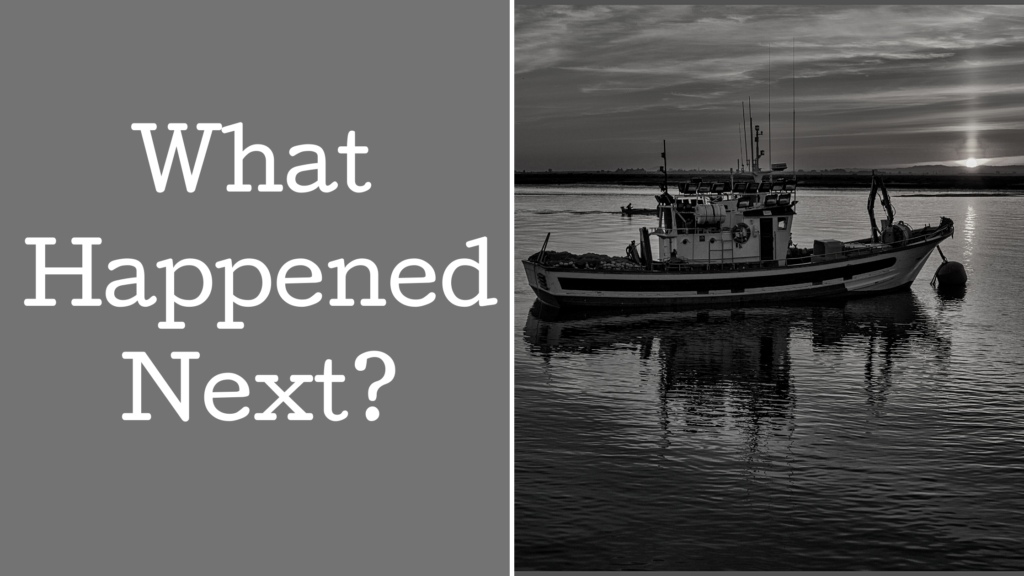 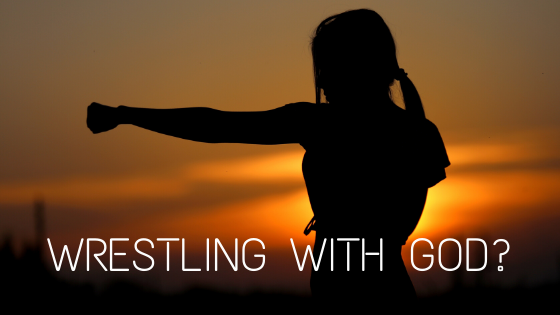