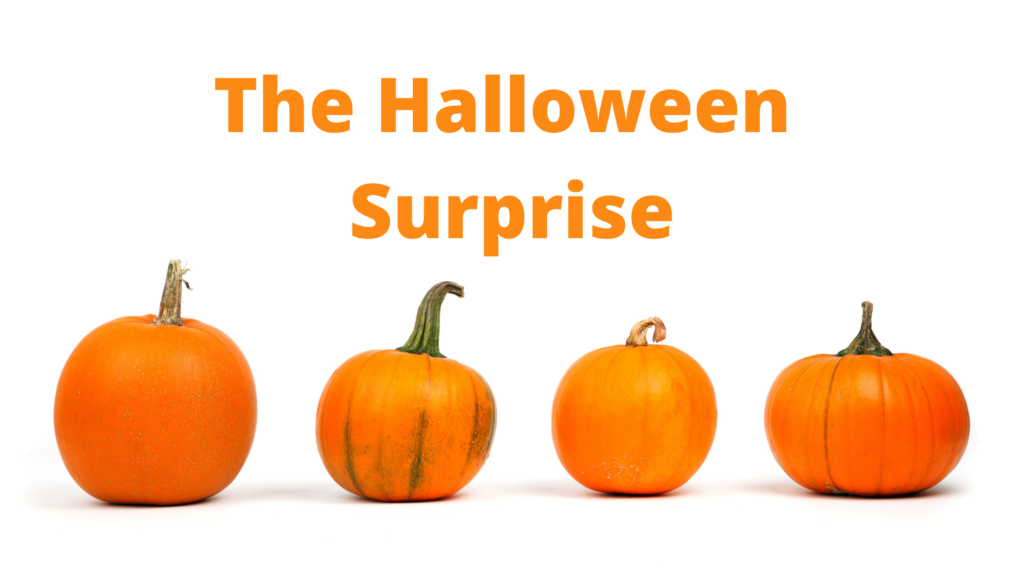 It was a beautiful Saturday morning. The leaves were finishing their beautiful colours, the ground covered in a smattering of orange, red, and yellow hues. There was a crisp coolness in the air, but only enough for a snuggly sweater.

My cousin had slept over for the night. Halloween fell on a Saturday that year. My parents woke us to some exciting news (the only way to get us out of bed on a Saturday morning). All they said was that we needed to hurry to get ready and come out for breakfast. We ate and jumped in the car, all the while guessing at what they could possibly be up to.

Being children, we had come up with the most outlandish ideas. Could we be going to Disney World? Cedar Point? On a road trip? There weren’t any suitcases. No evidence of going anywhere extensive or over the border. What could they be up to? They knew I didn’t like scary things and wasn’t really interested in Halloween anymore.

Trevor, Chase, and I guessed the entire way until we came to a farm just outside of town. An older gentleman came out of his house and headed towards his barn as we drove up. What could possibly be going on? Just then, I saw it! A yellow and white, two-seated, 1947 Aeronca Champ airplane came puttering out of the barn. “Whoa!” I couldn’t believe it. I had never flown before. “Are we going to fly?”

My Mom briefly told us the story, as she knew our anticipation would not sustain a long chat. She said that she was in Tim Horton’s one day when Mr. Billing walked in. His presence immediately took her down memory lane to her childhood. Mr. Billing was a veteran pilot from World War II. He had flown my mom and her siblings around a few times as children. When we saw him again, she asked if he still flew. He proudly confirmed so. Then she asked if he would be willing to take our family. He was quite pleased with that idea.

And here we were. I was thrilled. Beaming with a smile across my face, feeling the adrenaline and nervousness well up inside of me.

My Mom got to go first since she was experienced. We watched her take off and soar high above us. When they had been up there for a while, they headed back. As they approached above the farmland, Mr. Billing suddenly tipped the wings back and did a full loop with my Mom. “Incredible! I want to do that too!”

We each took our turns. I ran to the plane when it came to mine. I couldn’t wait. However, my nerves escalated as I approached the door of the plane. I turned to look at the pole that was attached to the wing. It was held together with tape and glue! “Oh no!” I thought to myself.  Are we going to make it?

I listened as Mr. Billing breathed. He made a sort of puttering sound like the plane. He was an old veteran at this point. Perhaps in his early eighties. The plane looked aged like him, yet they had a certain bond.

I set my fears aside and hopped in. He taught me how to do the seatbelt, explained a few bits about the plane, and before I knew it, we were flying high above Essex County. Wow! What an amazing view. Flying is wonderful. It is so beautiful to see everything from this perspective. We flew over my house, my school, and some of the other parts of our town. We headed out above the nearby farms. The more we carried on, the braver I got. I asked him if we could do a loop too. He said he only did it with experienced flyers. But he had a few tricks up his sleeve.

As we crossed over another field, he reached up and flicked a few switches off. All of a sudden, the plane tipped forward. I felt on to the poles across the window and looked down at the field below. We were in a full out stall! We dropped 200 feet in two seconds! Just then, Mr. Billing reached up, flicked the switches on again, and pulled us up again. What a rush! I felt like I was riding a roller coaster.

He offered me to take the stick in front of me and try steering the plane. It was trickier than I thought, especially from the back seat, but he helped guide me from the front.

The trip seemed to end too soon. I could have stayed up there with him for hours. I was completely mesmerized by it all.

My cousin, on the other hand, refused to come down from his perch in the tree he climbed. He declared that, that’s as far as he was going to go.

When everyone that wanted to had a turn, we all headed inside his cozy little home. Mrs. Billing was busy inside preparing some lunch for us all. We sat around, eating our hot dogs, and listening to Mr. Billing recall some of the stories from the war. He showed us all his memorabilia. We watched a short movie about his experience.

Mr. Billing had many fascinating stories. The one I remember the most was that he was shot down in enemy territory. He had to find his way back to safety without getting caught. Injured and tired, he navigated his way through the unknown territory until a family took him in to help him heal his wounds. After a couple of weeks of hiding, he made his way back to safety.

I was captivated by Mr. and Mrs. Billing. She still adored him, and he did her. They had a beautiful marriage. He glowed as he shared his story to a captivated audience. I respected him and thanked him greatly for his service. I may have only been twelve ten or so at the time, but I knew this man was special. I knew this couple was unique. There love and respect for one another was deep.

I left there that day with so much awe. I absolutely loved flying, but even more so, I was honoured that I was able to have my first flight with a legend.

For Mr. Billing story, click on this link: http://www.jerrybilling.ca/Bio/Jerry%20Bio.htm 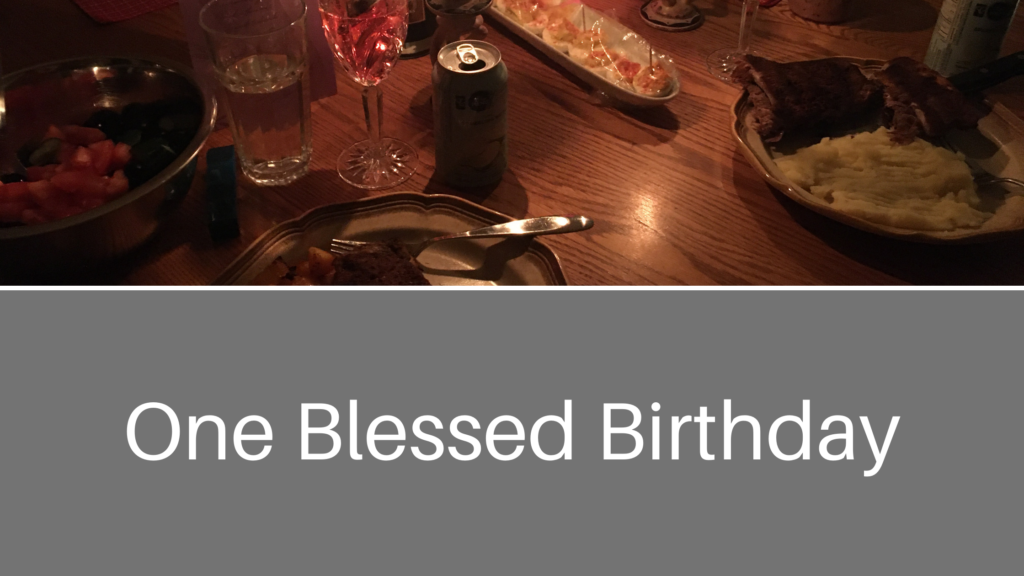 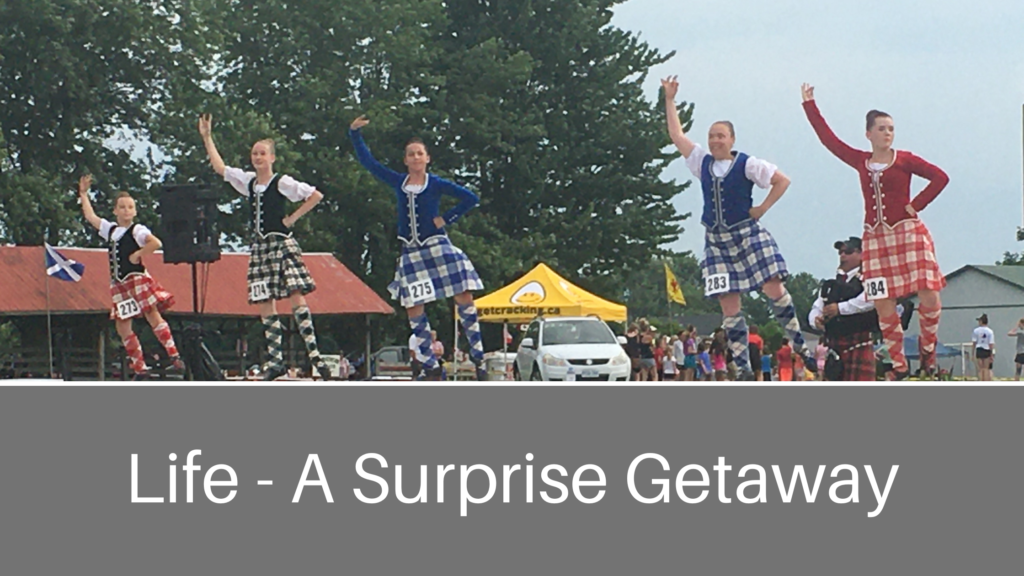